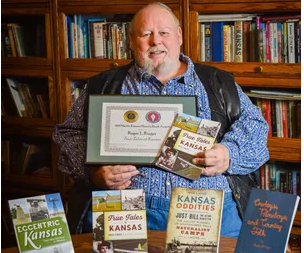 “I HAVE NO MONEY, NO RESOURCES, NO HOPES.

I AM THE HAPPIEST MAN ALIVE.”

Were you waiting for the next shoe to drop? Did it drop on your head? Did you have a fortune yesterday and are broke today? No I am not talking about farmers.

In case you have been in a euphoria over the Demoncrats still retaining power (from the middle of the road). You might want to check your money. Now most folks are seeing their money go down the rat hole of inflation, taxes, and government spending. The smart people just lost their proverbial tail in Cryptocurrency. You know that fake stuff that you cannot find but use to pay for things and buy more of it.

I admit that I am not the sharpest kid on the block. Hell I am not even a kid anymore. But all the SMART people have been going crazy for the crypto currency. Look how rich they all are getting!

Try as I might I have not had one smart person anywhere explain to me what Bit Coin, FTX, or any of the other fake currencies are.

Mr. Sam Bankman was CEO of FTX. He made Billions in the currency. He was peddling his coin to all of the smart people of the world. In fact he became so rich that he was listed in the top 10 richest people in the world. What is he worth today $0. Sam was the second biggest contributor to the Demoncrat Party, only out spent by George Soros. But a man by the name of Biance Zhao decided that the big Ponzi scheme was not going to take his company or himself down. Zhao turned 2.5 Billion dollars of FTX dollars into real dollars and someone had to cough up the money. Ever here of a run on the bank?

Sam had even had cute coins struck to the tune of $250 million so the investors could go to their vaults like Scrooge McDuck to swim in their money. The gold started to tarnish. Sam is now worth nothing. Let’s hope he paid all the Demoncrats off in his funny money. So all the politicians that Sam paid for are now worth what they paid for them.

Nancy told us to suck up inflation and eat Chef Boyardee. Well the diesel got shut off to the trucks. We cannot even get milk out here. The country will be sold out to the Chinese, Joe will be happy on the beach, and we will be learning all over again how our grandparents, some of you great, and great-great, survived during the Depression.

The rest of us will be figuring how to eat and stay warm at the same time.

Do you think that Washington will realize that instead of importing illegal Demoncratic votes, that most of them have seen this movie and will vote Republican. Bet the border gets closed down when they figure that out. In the meantime the kids will wonder about changing gender or where their student loan forgiveness went to?