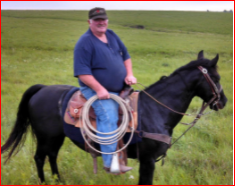 “WE HANG THE PETTY THIEVES AND APPOINT THE

GREAT ONES TO PUBLIC OFFICE.”

The Governor of the State of Kansas really got stunned by her opponents calling her out the truth. The Governator vetoed protections for women’s sports twice, and is really upset over the ads from a young woman college swimmer calling her out. When the now stung (and very agitated Governor) makes her reply she lies and then BAM! by magic she goes back to running against Brownback who is not in the race. WOW are we fooled.

The press secretary is asked why Joe Cool will allow the border to devolve into a crisis, BAM! by magic she claims that there is no crisis and is stunned that anyone would believe people actually walk over the border illegally. Boy are we fooled

Joe Cool is asked about why we are in a recession and, BAM! he says we are not. Boy are we fooled.

When asked if Joe Cool owns an electric car (or anyone in his family)? BAM! The press secretary says Joe don’t drive or own cars. Boy are we fooled.

When El Duce Joe stands in front of a red background with two Marines standing guard and he calls fifty percent of the country terrorists. An unhinged man in North Dakota runs over an 18 year old because he is a radical MAGA terrorist, BAM! The media ignores it as if by magic we didn’t notice. Boy are we fooled.

El Duce Joe Cool sells one Billion dollars of oil out of the Emergency Reserve to China, BAM! It did not happen as if by magic the map that Hunter’s Chinese girlfriend ‘er’ secretary was labeled in Chinese as to where they wanted oil from. Boy are we fooled.

If you were fooled by the magic that the Demoncrats have told you, get your reservations to the Demoncrat Party Convention and baby sacrifice while you still can. Seats will soon be taken.