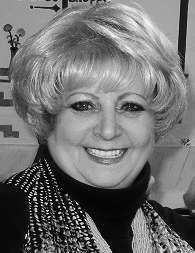 As children very few of us were lucky enough not to have to share a bedroom and bed with a sibling. I had to share my bedroom and bed with my sister a lot of the time, depending on the size of the bedroom. If it was large enough for two twin beds that was the best scenario but sometimes we had to share a regular size bed.
When we had to share a bed mom had to put pillows down the middle of the bed so I could have part of the bed for myself. My sister was one of those sleepers that liked to crowd you and could kick like a mule. I did not like someone right up against me and I would get so hot I couldn’t sleep.
Things were better when we could have the twin beds. Then we could divide the room down the middle and she was not supposed to get into anything on my side of the room. Of course that didn’t always mean anything to her. When I was in school she would get into my drawers in the dressing table. She didn’t think I would know she had been in there but I always had things laying a certain way and I always knew and the fight would start again.
We had an old yellow tom cat that adopted our family. He thought he should sleep with me on my twin bed. He would sleep at the foot of the bed which was fine but he had a bad habit. If you moved your foot or even a toe and the covers moved he would jump on it. He had never learned how to play gentle when he was a kitten so the claws would get your foot when you moved.
When our black Cocker, Ms. Lady, decided she was going to live with us; I put her on the bed with me, when my husband was out of town, so I could learn her sleeping habits. She was a little snuggle bug and wanted to lay right up against my back or my side. She had to be touching me, but with her long floor length hair she was a little depot stove.
When I knew Lady would sleep through the night I made her a bed out of orthopedic foam. Covered it with a cute fabric and that was her bed from then on. Her bed was at the foot of our bed on the floor. She looked pretty sad the first few nights but would finally settle down and sleep through the night.
We lost Lady when she was 13 but about 7 months later a new fur baby needed a home and Lacy Rene moved in with us. She was the black and white cocker. She did not want to be held or cuddled as much as Lady did. So I started her out just like I did Ms. Lady. She was in bed with me when he was traveling for about a week. Unfortunately when she was sleeping she was just like Lady.
She wanted to lay right up against me but as an added bonus she would kicked like a mule when she was dreaming and made little whimpering noises. So after a few nights when I could tell she would sleep through the night she was put on her own little bed. She acted like she had been thrown away or abused the first few nights I made her stay on her bed, but she finally got used to the fact that she was to sleep there.
When my husband was home, both of the cockers would wait for him to ask them at 10:00 if they wanted to go to bed. After he took 4 honey teddy grahams out of the cabinet and got a glass of water, he asked that question and then they would run down the hall with hair flying. This was a routine they had only with my husband when he was not working out of town.
When he walked into the bedroom they would be sitting on the floor in front of their bed waiting for him. Then after the treat they would climb onto their bed and lay down. That was the last we heard out of them until about 6:30 in the morning when I would get a cold nose over the side of the bed telling me it was time to get up.
So night battles come in all sizes. Some are even covered with soft silky hair but will still put up a fight at bedtime. To contact Sandy: [email protected]