“BURN DOWN YOUR CITIES AND LEAVE OUR FARMS,

AND YOUR CITIES WILL SPRING UP AGAIN AS IF BY MAGIC;

BUT DESTROY OUR FARMS AND THE GRASS WILL GROW

IN THE STREETS OF EVERY CITY IN THE COUNTRY.”

The death of the rural sector has an enemy that lives in its own ranks, commiserates with those stifled, and lives off of the ones that they actually help put out of business. It has been recognized by the Wall Street Journal as well as the Nebraska Rural Alliance. Many others who try to work for the rural sector also know the problem and that is credit.

There are many stories that have put a life and dream on hold and it is laid at the doorstep of the local ‘friendly’ bank. Bankers have been villainized through many economic downturns and most of the time even though the banker is sympathetic there are Federal rules that make them do things that they would rather not do. Yet they are not upfront about it.

Is it worse to spend time looking at a persons worth and going through their dreams and then knowingly turn them down. Is it not better up front to say that the regulations imposed by the former president and congress makes it impossible to do business with you? The term used, to waste more time, is that the committee has to look at the loan. Most go through the routine and for a week have the hopes that what they are wanting to achieve will be approved. And when the day comes for the answer the phone does not ring. The person has to phone the banker and the standard line is that they meant to call put had not done it yet.

Ask the person that has gone to seven banks in seven weeks and gotten the same answer the same regrets and has lost another week on their quest. Seven bankers did  not all mean to call and not do it.

The Obama era Dodd-Frank legislation spared all the large banks but one and has put the death knell on the local bank. Now the local banks are purchased by other banks trying to be big banks. And the result is that there is no credit available in the private rural sector. Yet many of these regulations have been rescinded by executive order.

Working loans for active farms are handled through the Federally organized Farm Credit System. Yet even those agencies live under rules that keep many farms from staying active. Even when the government policy is for the credit to be available for agriculture the regulations stifle the availability of credit.

Where are our Senators on the issue? Who knows? I am waiting on answers. My revered Senator only sends back standard responses and no answers. Is this an issue that has been brought before the President and his Secretary of Agriculture? Who knows? Every media agency that should be covering the news is engaged in the act of trying to oust a duly elected President.

It is a great thing that the steel industry is starting back up and manufacturing is coming back to the US. But how is rural main street supposed to know how it can survive?

Is it any wonder that farmers and ranchers tell their children to get an education and get away from the life that they grew up with. The children do not know the hell that their parents and grandparents have gone through trying to keep their heads above water. And pay for the education that they are hoping will provide a way for the kids to live a life without the stresses of trying to save a family profession.

Consider the pressure of being the generation that lost the family farm or ranch. Many after five and six generations. Could you stand up to the pressure? Is it any wonder that one of the largest groups of people in the country who commit suicide are farmers and ranchers? And how much of this pressure comes from the neighborhood bank?

What industry has more people who determine their success than the rural citizen? Markets, regulations, trade deals, cost increase, and no control over the price of their product. What industry has been so successful and willingly shared its advances with the rest of the world? So much so that most of the major players in agriculture are now owned by foreign governments and investors.

A recent article in a major magazine addressed the plight of the rural economy. The reporter had grown up in a small Kansas town and had been away for many years. She decided to fly back to Kansas and tour the small highways and small towns staying away from the interstate highways. The story she reported brought out many of the reasons that the rural areas are dying. Although some of her conclusions were a bit off, she hit on the head many of the reasons that we are dying out here.

One of the reasons is the move to larger and larger mega-farms. The larger and more efficient the farms grow the less that local labor is required. It is not unusual in my area for one family to farm 30,000 to 40,000 acres. The growth is as much a matter of necessity as the desire to just get bigger. It has become a vicious cycle and all it does is continue to move the kids off the farm and moves the political power to the large urban areas.

As more an more small businesses in the rural towns are squeezed for credit how does the local bank survive? Great question! How do we survive? 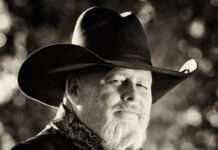