Home Blogs Ringer, Roger Roger’s View From The Hills: Don’t Look Ethyl
Facebook
Twitter
Pinterest
WhatsApp
“GIVING MONEY AND POWER
TO GOVERNMENT IS LIKE
GIVING WHISKEY AND CAR
KEYS TO TEENAGE BOYS.”
PJ O’Rourke
As the song says “DON’T LOOK ETHYL” so we as Kansans must bring our children in from the outside, lock all the doors, lay in stores for the storm, because it is time again for the Legislature to go into session.
Now is the time that social media is going to go wild and neighbor will be pitted against neighbor.  The storm clouds are a gathering and the predictions will be like the last two major storms.  A DUD.
Do we really expect for things to get done in Topeka when the majority of the eligible voters do not bother to even get out and have a say as to who goes and represents us.  Many leave any input as to their concerns with the editorial page, Facebook, Tweets, or lecturing at the liars club table at the local coffee hole.
Griping about taxes going up and not even taking time to study on the issues seems to be a pastime.  We can count on the NEA to put uniform talking points out to members.  Be sure that the Farm Bureau and many other Ag organizations will be looking after their members concerns.  Local legislative bodies have already had their meetings and aired their want lists with the regional representatives.
The news organizations will have their full time reporters looking for anything that can be turned into a headline haunting the halls of the capital.  Excuses will be many and predictable.  The latest studies will be held in hand pointing out that people are leaving the state faster than we can bring them in.  One side will be crafting elaborate proposals to problems and the other side will be fuming because they have no power to do much but fume in front of the cameras.
There is going to be one constant.  The need for infrastructure repair and development will be recognized as critical.  And then the DOT fund will be raided as a slush fund and projects will be delayed all over the state.  Accept maybe around Wichita and Kansas City.
Every county has a state DOT project that is slated for building, rebuilding, or maintenance but with the reality that counties such as mine with 4500 residents have little clout over metro areas of over 500,000.
Not to say that projects in the big cities do not need to be done.  Drive in there once and you will be delighted when the construction is over.  But there are other things just as important.
It is the fact that so much is being demanded from our tax dollars from the same people who don’t want to, or who are not paying taxes, that something has to give.
It is amazing to me how many political campaigns for Governor and the Legislature have promised not to steal funds from KDOT, that have turned around and done that very thing.  After one of our former governors I had at least two KDOT people tell me “that the program that had been in place had been delayed at least twenty years to recover from.  That was two administrations ago.  Projects that were approved by the Congress twenty years ago have not been designed yet alone funded.
So DON’T LOOK ETHYL the folks are streaking in Topeka and no one is safe until they go home.  If they go home this time. 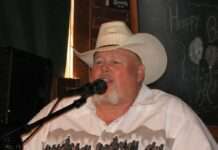 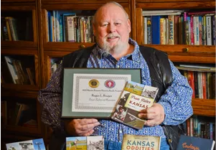