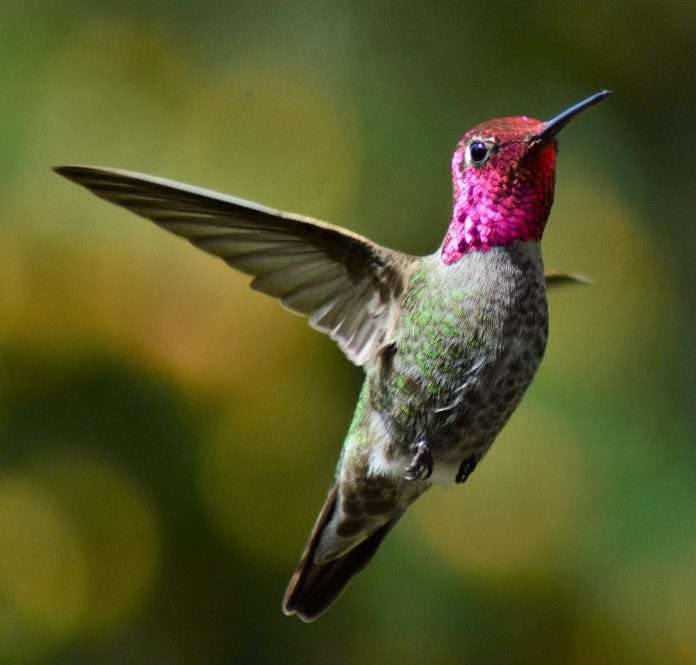 Every year in May the tiny terror returns to the yard and we’ll have 4 months to enjoy his antics.  He is the smallest bird in the yard but has the biggest attitude. He arrives without warning and if you don’t have his food out he will leave and you will not see him again. The little hummingbirds give you only one chance and then they are gone.

I put orange Kool-aid (extra sweet) out in mid-April for the Orioles and once they arrive and I have seen them drinking, I will switch over to red kool-aid for the hummingbirds. The hummers don’t seem to mind that they are eating out of an orange feeder that is made for Orioles. Once they are both here and using the feeder then I can switch the flavors back and forth.

The hummers in our yard are very territorial. In Colorado and Missouri they seem to get along in large numbers and can drink together, but not here. Once the male and female set up house in our yard; they are the only pair allowed to drink at the feeder. Their young can use it too, but no one outside of the family.

The tiny terror spends his summer protecting his feeder that sits just outside the door on the north side of the salon. The salon part of the garage juts out to the west and creates a corner on the front side of the house. This creates a safe haven for birds that feed on feeders on a two-sided shepherds’ hook. The bush just to the north is a safe place for them when they get scared.

In the fall it is even harder for the male to protect it for his family as strange hummers come through heading south. He will sit on a dead branch about 10-20 feet above the feeder and keep watch. If someone that doesn’t belong shows up, it is his job to run them out of the yard.

Sometimes he tries to run off the Orioles. He doesn’t understand it is their feeder and they are allowing him to drink from it. He will come down out of the tree and make a complete circle of the feeder while the Oriole is getting his drink, and if that doesn’t get the Oriole to leave he will buzz his head. If that doesn’t work either he will make a direct attack and hit him in the back with that little sharp beak. That usually does the trick and the Oriole will leave for a few minutes.

The tiny terror will make a victory lap around the feeder and then come back and take a sip out of the same hole the Oriole had been feeding, just to declare, “I am the king of this yard and this is my feeder and this hole is mine to eat out of.” Then he will go back to his little perch and sit.

When a strange hummer shows up in the yard they know that they shouldn’t be there and are really nervous when they try to eat. They never stay at one of the three holes very long and will move all around the feeder so they are a moving target. They will scoot in and take a sip and then back off a few inches and look around, then back in for another quick sip.

Then like a flash the tiny terror came diving out of the tree at him. The little interloper made a circle around the feeder toward me in the door and then back around the bush that sits just to the north of the feeder. Our male was right on his tail until he left the yard to the north. Then the terror came back to the feeder, made a victory lap, took a sip, and went back up to his perch. All the while I was still standing in the door.

The third time the interloper came back to steal a drink of the kool-aid he didn’t even get close, the bouncer was on him almost immediately. But the interloper was not in the mood to give up so easily. He made three laps of the feeder and the bush to the north, circling within a foot of the door I was standing in.

After the third time around the bush, the terror flew within inches of my face, and just hovered there for almost 10 seconds dancing side to side and cocking his head back and forth as if he was asking, “Can’t you do something? Help me!”

Then he flew off after the interloper and ran him across the street and out into the field. This time the interloper finally got the message and didn’t come back, and the tiny terror and his family had the feeder all to themselves.

You can tell when it is time for them to head south because they begin to feed more often, especially in the evening. Then I think they wait for a north wind or a storm to come in to give them a little push and a tailwind as they fly south. But you never know for sure when they will leave.

Then one morning in early September you get up and you don’t see them. They left as they arrived, without warning, and you didn’t get to see them leave. You won’t see the tiny terror again until next May. 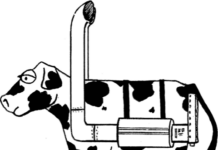