Kansas made big headlines this month when voters chose to continue the state Supreme Court’s guarantee of a right to abortion (with certain limits).
Shock bubbled through the national networks and across newspaper columns. Pundits were astounded that a red state would vote blue on this volatile issue.
Kansans do tend to vote Republican on most statewide ballots, but they aren’t hidebound. In the past half-century, Kansas has had 16 elections for governor; Democrat have won ten. But for the lunatic Brownback (2010-2017), Republican governors have been moderate, avoiding extremes. Kansans send Republicans to the Statehouse and Democrats to Cedar Crest.
The abortion referendum tells more. On Aug. 2, voters soundly rejected an amendment to nullify the Court’s ruling in 2019 that women in Kansas have a constitutional right to the procedure. The referendum drew 922,321 voters, nearly half the state’s registration; 59 percent (543,855) voted no, 41 percent (378,466) said yes.
Kansans may be seen from high places as red and the abortion vote as blue, but out on the flatland, the voting rolls say “gray.”
There are more than 1.9 million registered voters in Kansas: 851,882 Republicans, 495,574 Democrats, 560,309 Independents and 22,209 Libertarians.
Put another way, 56 percent (1,078,090 voters) choose not to register as Republicans.
A lot of pundits color Kansas red and deeply conservative, but this label misses the swipe. The Legislature’s dominant Republicans are financed and pressured by far-right cause lobbies and think tanks; they vote red as instructed. The people are another matter. When given direct responsibility, they think for themselves and vote gray.
*
In the last half-century, the Kansas population has shifted dramatically east, especially to the northeast (Johnson and Douglas Counties) and is growing in Wichita-Sedgwick. Two-thirds of the legislature are elected by voters in seven urban-suburban counties.
The referendum was to remove abortion protections from the Constitution. Many Kansans saw this as government intrusion into a highly personal matter, one that does not belong in the political arena. The referendum drew 33,000 new voters, 70 percent of them women.
*
A map of the vote shows far western counties, starting at the Colorado border, saying “yes”, some by margins of 70-30 percent or more. (Exception: In far southwest Seward County, the yes side won by only ten votes, 1,328 -1,318, four-tenths of one per cent.) As the vote moved east the “yes” margins grew smaller – 55-45 percent, then 52-48 percent or less.
The vote shifted toward “no” on ballots in western and central counties with larger farm cities. The combined vote in seven such counties – Seward, Finney, Ford, Ellis, Barton, Reno and Saline – was thin: 34,023 yes, 32,815 no – a 1,208 margin, 50.9 to 49.1 percent. A lot of Republicans brought “no” votes to the polls.
The western surge added to a tide of “no” ballots in the state’s most populous counties. Starting with Saline, Harvey, Sedgwick and moving east, voters added more than 434,000 “no” votes in 19 counties with margins as high as 74-26 percent (Wyandotte) and 81-19 percent (Douglas).
*
Kansas is less red and hardly blue, a place inclined to see a lot of gray in complicated matters. Most still believe that quality of life depends on the well-being of the general populace. A well-educated, productive and ethical citizenry benefits all. The August referendum tells us that Republicans, Democrats and Independents put the public interest above their own interests. The general quality of life remains a priority; crude displays of avarice and supremacy are considered vulgar.
Nothing is absolute in Kansas. We have learned that from the weather, and from those long ago who realized the great difference government had made in their lives. With each generation, life was better; the roads were smoother, the water cleaner, the electricity reliable.
A time of new and noble purpose came from those who in the beginning had known hard lives. They had come through a civil war, a panic, a great depression and two world wars. For years, legislators put public purpose before their own career advancement or self-preservation. There was no party label on polio immunization, or mental health reform, or flood control, or public education, or building the Turnpike. They did not sidestep their responsibilities, they embraced them.
The August referendum speaks to a new conservatism, the kind that must build for the long term on lessons from the past. It’s a call again to lift the state by helping communities ‒ rural and urban ‒ to be better places, not red or blue but each of value to the other. 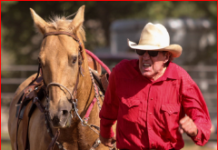