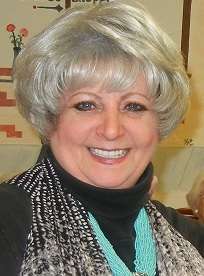 Were you a kid that was afraid of a thunderstorm? So many kids are and so are some of our pets. My Grandmother told me about thunder when I was 2. She told me a story about an angel taking potatoes to market in a push cart up in heaven. She said the angel had hit a bump and tipped over the cart and the thunder we heard was the potatoes falling out and rolling around.
That was good enough for me; if she was not afraid then I wasn’t either. In fact I loved the thunderstorms when they rolled in. I would sit in the garden with Grandfather in the afternoons and watch the thunderheads billow up. I could sit and watch them grow for an hour or more. I am sure he liked it too because I wasn’t asking questions when I was engrossed in the clouds.
When we heard the first roll of thunder I’d leap off my bucket and race to the house. I’d fly in the back door, past Grandmother in the kitchen and down the hall to the bedroom that I thought was mine.
I’d round up my coloring book and crayons and a book to read and head for the living room.
The front door would be open as I climbed into the rocker Grandmother and I could sit side by side in and I could already smell the rain. As soon as the thunder arrived overhead and the rain began I would open my color book and start to color. That was one of my favorite things to do when it rained.
Sometimes Grandmother would read to me, and that made a thunderstorm special. My dog Brownie loved the time together during a storm too, he would lay on the floor by the old rocking chair and listen to the story. If Grandmother didn’t read to me Brownie would be beside me in the chair while I colored.
My niece spent a night with me when she was about 2 and a thunderstorm rolled in and she was afraid of it. So, I sat her beside me on the couch and told her the story about the angel my grandmother told me when I was 2. Once she heard the story about the angel and the potato wagon spilling the taters in heaven we picked up a book and I started to read to her.
The next clap of thunder overhead she looked up at me with wide eyes and said; “UH OH! The angel spilled the taters. She better be careful, now she has to pick them up again.” After that every time it thundered she would look at me and say; “UH OH” and then go back to looking at the book while I read to her. Grandmother’s story worked its magic on another generation.
Even as an adult I love to hear thunder and the rain. It is by far the best time to sleep. If the thunder is not the kind that rolls you out of bed or rattles the blinds on the windows, then it is wonderful to sleep through.
I love the sound of the rain on the roof over the bed and it dripping into the gutters at the corner of the house. I have always wanted one of those machines that make the sound of rain to help me sleep, but have not bought one yet.
Our first Cocker, Lady, was not afraid of storms and just ignored the thunder and rain. She did not like to go out in the rain and get water on her back so she always wore her rain slicker when she had to go outside during the rain.
Our second Cocker, Lacy, was scared to death of rain storms when we got her. The first clap of thunder that she heard she would start running up and down the hall barking. I’m not sure why she was afraid of the thunder but she sure hated it. What she thought running and barking was going to do about it is a mystery.
It took a couple of storms for me to get her trained or convinced that there was nothing to be afraid of and that a storm was not going to hurt us. She might softly woof at the first clap of thunder but that was it and from then on she was fine with the storm that was overhead.
I taught her to not be afraid mainly by being the pack leader and the one in charge. If the pack leader is ok with something then they are too. If you are not the pack leader you can give them a treat or play with their favorite toy until they get over the fear during a storm. Then a treat when the storm hits is usually enough and finally they don’t need anything.
It is summer we can hear thunder and hear the rain on the roof and know that the threat of snow and cold and ice is gone for a little while. So, are thunderstorms and the tater wagon scary for your family and your pets? To contact Sandy: [email protected]