Hospice & Homecare of Reno County invite the Hutchinson Community to participate in a Patriot’s Parade.

June 14 is Flag Day and to observe the event, Hospice & HomeCare of Reno County is sponsoring a Patriot’s Parade that day as a way for area agencies and community members to visit Hutchinson Care facilities and honor residents who served in the nation’s armed forces. 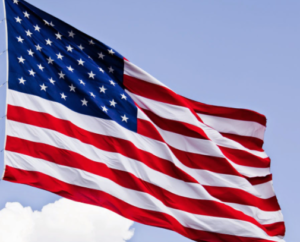 Andrea Siefkes, Community Liaison for Hospice & HomeCare of Reno County, said the caravan kicks off at 9:30 a.m. June 14 from the parking lot of the Trade Center at 1600 North Lorraine Street and will travel in two groups of eight care facilities in Hutchinson and South Hutchinson.

Group one participants will travel to Good Samaritan, Wesley Towers and Mennonite Friendship Communities in South Hutchinson where they will be joined by representatives of the South Hutchinson Fire and Police Departments.

Siefkes said the public is welcome to participate in the parade and those planning to caravan are asked to RSVP by calling her office at 620-665-2473. Care facility residents will be seated outside to greet the caravan. Participants are urged to decorate their vehicles as they deem appropriate.

“We can never thank our veterans enough for their service to our nation and the Patriot’s Parade is another way to express our gratitude,” Siefkes said. “We are equally gratified by the support for this event from the Hutchinson community and hope to have a great response for the parade.”

2022 Cattle U & Trade Show offers fun for the whole family