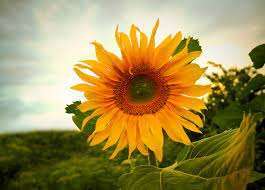 Missouri, Nebraska, and Oklahoma are among the 24 states that have announced they will end their participation in the federal program that provides the $300 weekly supplemental UI checks before it expires on September 6th. Both Oklahoma and Colorado also are offering one-time back to work bonuses.

“The tight labor market is the biggest concern for small businesses who are competing with various factors such as supplemental unemployment benefits, government-imposed restrictions, and the virus,” said Murray. “NFIB’s April Monthly Jobs Report found many small business owners unable to fill open positions and delaying their hiring or offering higher wages. Some owners are even offering ‘show up’ bonuses for workers who agree to take the job and actually show up for work.”

• A record 44% had job openings they could not fill.
• 59% hired or tried hiring, up three points from March.
• 31% had few qualified applicants while 23% reported none.
• 31% raised compensation while 20% plan to raise compensation in the next three months.
• 8% cited labor costs as their top business problem and 24% said that labor quality was their top business problem, the top overall concern.
• 37% have openings for skilled workers and 20% have openings for unskilled labor.

“Kansas employers shared first-hand with Governor Kelly their current struggles to fill open positions. Workforce shortages are at a critical point in Kansas, and our employers look forward to partnering with her administration to get Kansans retrained and motivated to return to work,” said KS SHRM Executive Director Natalie Bright.

Cobb reiterated that while the additional federal UI programs aren’t the only barrier for some Kansans to return to work, ending the state’s involvement would spur more workers to reengage in the state’s workforce.

The business coalition will continue to work with the Governor and her administration, the Kansas Legislature, and others to reengage unemployed Kansans in the state’s workforce.