LAWRENCE — A University of Kansas researcher’s new article, “The Feedback Effects of Controversial Police Use of Force,” finds that the pervasive role of citizen video evidence and subsequent coverage by the press have transformed the public’s response around civilian injuries and deaths at the hands of law enforcement. Such actions against minority civilians increase support for body cameras, influence beliefs about excessive force and alter attitudes toward law enforcement, researchers said.

LAWRENCE — Sexual minority individuals experience depression and anxiety at higher rates than their heterosexual counterparts, yet both the individuals and therapists report experiencing difficulties in treatment. A University of Kansas researcher has published a study that examines the research on psychotherapy interventions for sexual minorities and provides recommendations for improving services.

LAWRENCE — With the city of Louisville still reeling from a grand jury’s recent findings about Breonna Taylor’s shooting, the ongoing debate about the limits of excessive force continues to divide the nation.

But unlike in the past, when such stories were often quickly forgotten, the pervasive role of citizen video evidence and subsequent coverage by the press has transformed the public response.

“These tragic events are having an impact on the broader public,” said Kevin Mullinix, assistant professor of political science at the University of Kansas. “Many people aren’t just reading about them and moving on with their day. We’re finding it’s actually changing people’s beliefs.”

His new article, “The Feedback Effects of Controversial Police Use of Force,” appears in the September edition of Political Behavior.

Mullinix’s team studied nearly 3,000 participants who were randomly assigned to receive (or not receive) a text-based news article, video or both involving a real-world case of police harming a minority civilian. One of these resulted in a non-lethal injury and the other in a death.

“You can find people who seemingly have complete confidence in police, but seeing these stories gets them to think, ‘Maybe we do need body cameras,’” he said.

Mullinix, an expert in public opinion and public policy, was most surprised by how viewers reacted to the news articles compared to the videos.

“The text-based stories proved almost as powerful as the videos in a lot of circumstances,” he said.

“Certainly, we observed stronger emotional responses to the videos. Reading a story might not make you quite as angry as watching the George Floyd video — you can’t help but have an emotional reaction when you see that. But the text-based stories proved almost as powerful as the videos in shifting attitudes toward police. This suggests that even text-based journalism can still be pretty potent.”

Mullinix became interested in researching this topic after discussions arose with his students about the choking death of Eric Garner (“I can’t breathe”) and shooting of Walter Scott, an unarmed black man in South Carolina whose death was disputed when a video later surfaced contradicting the official police report.

“I talked about them in my classes, but I hadn’t considered studying what their effects were for a few years,” Mullinix said. “The most powerful for me was the Walter Scott tragedy. It was horrifying. It brought me to tears.”

The professor explains the Taylor case specifically fits in with his research involving the consequences of a police killing.

“We find that reading news stories or watching the videos focused on police use of force lowers people’s confidence that officers will receive the appropriate consequences. When there aren’t criminal charges filed, I would only expect these types of beliefs to become even stronger,” he said.

Mullinix notes that his team didn’t undertake this research to destroy trust in law enforcement. Rather, he’s hoping to understand the overall effects the events have on American society.

He also presumes the police want to see the results of his research.

“A lot of law enforcement are interested in these kinds of findings because they’ve been worried about a crisis of legitimacy for years,” he said. “They know these stories are out there, and they’re worried what they’re doing for the public sentiment. What we’re finding here substantiates their concerns.”

This work piggybacks off Mullinix’s previous studies focusing on wrongful convictions and racial disparities in the justice system and traffic stops.

“Across all of my research, I’m constantly trying to understand what types of information and communication impact people’s attitudes and support for policy reform,” he said. “This fits into my broader research of trying to figure out when persuasion does and does not occur.”

While unjustified police shootings and subsequent protests to them are unlikely to be solved overnight, Mullinix hopes these tragedies prove a catalyst for evidence-based policy reform and legitimate change.

“This should definitely raise a serious discussion about policing. We should not just dismiss such events as outliers,” he said. “Hopefully, it prompts real discussions about what kind of reforms we can implement to make sure these types of things don’t happen anymore.”

LAWRENCE — Sexual minority individuals experience depression and anxiety at higher rates than their heterosexual counterparts, yet both the individuals and therapists report experiencing difficulties in treatment. A University of Kansas researcher has published a study that examines the research on psychotherapy interventions for sexual minorities and provides recommendations for improving services.

The study, which McGeough co-wrote with Adrian Aguilera of the University of California-Berkeley, was published in the Journal of Gay & Lesbian Social Services.

In analyzing books and scholarly articles aimed at improving mental health services for sexual minorities, McGeough and Aguilera provided a taxonomy of approaches, writing that services fall into three categories:

All three approaches are lacking in key areas, the authors wrote.

Furthermore, insufficient research exists documenting how effective these approaches are in improving the mental health of sexual minority clients.

“I’m concerned that they tend not to be well-evaluated,” McGeough said of protocol-based approaches. “We don’t have data, to my knowledge, about if sexual minority people who experience interventions adapted for sexual orientation are having better outcomes than those experiencing standard, non-adapted interventions.”

Principles-based approaches are likely to be the most effective, but research is needed there as well to determine what tools work best and when they are appropriate to be employed.

“Often, therapists don’t see that the tools they already have at their disposal could be relevant. I think this research highlights the importance of assessment,” McGeough said. “Does the client want to discuss elements of sexual orientation? Is their sexual orientation relevant to why the individual is in therapy?”

Focusing on sexual orientation and gender identity, even if it is not directly related to why a person is seeking treatment, can lead to problems in the therapist/client relationship, McGeough said. When the therapist focuses on the client’s sexual orientation when that isn’t a primary concern for the client, the client may feel stereotyped for judged and may not actually receive the services that they would most benefit from.

Sexual minority clients may be particularly attuned to sexual orientation-related microaggressions and judgment from therapists because of the broader context of mental health services — homosexuality was classified as a mental health disorder by the American Psychological Association for many years, she said.

In her future research, McGeough hopes to further draw upon established approaches for improving mental health services for people of color to identify strategies for better serving clients who are both people of color and sexual minorities, as well as to apply some of the valuable lessons about supporting members of marginalized populations that may be relevant for tailoring services for sexual minorities generally. She is also leading a grant project to better understand and improve how LGBTQ individuals experience 12-step programs for alcohol and substance abuse.

“I think we have an incredible opportunity here,” McGeough said. “Sexual minority individuals tend to use therapy at a higher rate than their heterosexual peers, so hopefully we can continue to improve mental health services for the many individuals seeking help.” 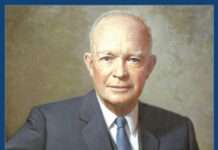 Lunch & Learn: Getting to Know Ida