Now 14-0 to start the 2014-15 season, the Blue Dragons head into their Jayhawk West opener at 5:30 p.m. on Saturday against Dodge City at the Sports Arena. Hutchinson won its 63rd consecutive regular-season non-conference game.

LeFebvre’s double-double was the first of her collegiate career. She had a season-high 24 points on 10 of 14 shooting and a season-high-tying 10 rebounds. LeFebvre added four assists.

Petke had her sixth double-double of the season with 19 points and 14 rebounds. She was 8 of 18 shooting overall.

Purcell posted her sixth double-double in the last nine games, her ninth of the season and 27th of her career with 14 points and 13 rebounds to go with four assists. Purcell jumped up to No. 19 on the career scoring list with 751 points, up to fourth in career rebounds with 527 and into a tie for sixth in career blocked shots with 63.

In addition to the three double-doubles, sophomore Alyx Bloom had nine points and four rebounds and sophomore Sydney Benoit had eight points and six rebounds.

The Blue Dragons out-rebounded College of Eastern Utah 65-29. The 65 rebounds are a season high and the third-highest total for a game in program history. HCC had 24 offensive rebounds, which is the third time this season that the Blue Dragons reached 20 or more offensive boards.

Bryanna Adams hit 4 of 10 shots from 3-point range to finish with a team-high 22 points to lead College of Eastern Utah (13-4). Lejia Hadzialajic finished with nine points.

The Golden Eagles are the sixth Blue Dragon opponent to shoot less than 30 percent this season, hitting on only 20 of 72 shots (27.8 percent). CEU hit 8 of 38 from 3-point range and 16 of 24 from the foul line. The Eagles had 19 turnovers, but tied a Blue Dragon opponent high with 16 steals.

Unlike Sunday then it fell behind in the first half by as many as 10 points to Salt Lake, Hutchinson never trailed College of Eastern Utah, but were tied twice at 2-2 and 7-7. The Dragons took early command with a 12-3 run that was capped off by a Benoit 3-pointer with 12:10 to play that gave HCC a 19-10 lead.

An Adams 3-pointer pulled the Golden Eagles within 19-15, but seven unanswered points – five from LeFebvre – pushed the Dragon advantage back to 26-15 with 9:56 remaining.

Hutchinson made life particularly hard on Eastern Utah in the second half in building leads as large as 34 points (80-46). HCC held Eastern Utah to two field goals over the first 17 minutes, 25 seconds of the half, going 13:57 without a field goal. The Golden Eagles missed 28 of their first 30 shots to start the second half. They were 14 of 21 from the foul line in the final 20 minutes,

When Adams hit a 3-pointer with 16:27 remaining in the second half, the Blue Dragon lead was 56-42. CEU’s next field goal didn’t come until the 2:35 mark on a Caroline Ficher inside hoop. By that time the Dragon lead mushroomed to 85-56.

GAME NOTES – The Blue Dragons are 85-8 in the John Ontjes era against non-Jayhawk Conference teams. … College of Eastern Utah is the 269th consecutive opponent that failed to shoot better than 50 percent against HCC. … Kalani Purcell tied Ariella McGhee for sixth place on the career blocked shots list with 63. … This was HCC’s seventh consecutive holiday tournament victory. The Dragons complete their 10th all-time holiday tournament with an 18-3 record. … HCC’s 14th non-conference victory ties for the third most non-conference victories tying the 2013, 2012, 2011, 1980, 1978 and 1977 teams. … HCC reached 90 points in a game for the sixth time this season. … HCC had 23 assists, reaching 20 or more assists for the 12th time this season. 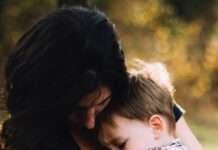