As reported in High Plains Journal. Despite decades of federal and state investments in farm programs and rural economic development, most of rural America is still losing population while urban America is gaining.

There are exceptions, of course, in Montana, which attracted so many new people that the state gained a second congressional seat. And oil rich Williams County, North Dakota, was the fastest-growing county in terms of percentage growth over the last decade, increasing from 22,399 to 37,589 people, or 67.8%, between 2010 and 2019.

However, many of the top agricultural counties in the United States are consistently losing population, except in those with processing facilities, according to an Agri-Pulse analysis of 2020 census data.

While agriculture-rich states like California, Indiana, Iowa and Wisconsin are seeing population increases in several of their most productive agricultural counties, the three main southern Plains states—Texas, Oklahoma and Kansas—are seeing consistent declines in most of theirs. Many high-producing counties in Illinois, Nebraska and North Carolina are also subject to this downward trend.

“These are long-term trends that go beyond any particular political institutions—we’ve seen the trends last through Democrats and last through Republicans,” Matthew Sanderson, a former professor of sociology, anthropology, and social work at Kansas State University and current special adviser to the president at Kansas Wesleyan University, told Agri-Pulse. “These are long-term trends that are endemic and sort of built into the very structure of agriculture, which is designed to grow and scale and replace labor with capital.”

The trend is particularly noticeable in the Texas panhandle region, where nine of its top 10 most productive agricultural counties—Deaf Smith, Hartley, Castro, Parmer, Sherman, Hansford, Dallam, Swisher and Lamb—are located, according to the 2017 Census of Agriculture. Despite the state seeing a 15.9% growth in overall population in 2020, these nonmetro and rural counties have seen population losses ranging from 3.9% to 11.2% since the 2010 census. 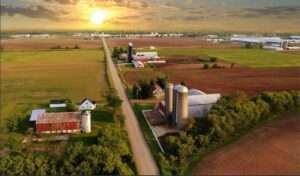 Finney County, which grew 4.6% since 2010, is home to a Tyson Fresh Meats plant, and Ford County has two processing facilities: a National Beef plant and a Cargill plant. Sanderson said these increases are being driven almost entirely by foreign-born workers who are employed at these plants.

“The non-Hispanic white population, which we normally think of as quote-unquote ‘white’ … has been declining for decades in those areas,” he said. “The only growth they’re seeing is entirely because of the foreign-born immigrant population. We can say that without a doubt.”

However, the labor situation is far different on farms, particularly in Texas. Pat McDowell, the District 1 director for the Texas Farm Bureau and a resident of Wheeler County, said that it is “virtually impossible” for panhandle farmers to find hired hands. Faced with this dilemma, they choose to buy larger equipment to help them carry out the work.

At the same time, local stores and businesses consolidate and begin to provide service to people not just in one town, but several within a wider radius. As this happens, these areas continue to become less densely populated as job prospects dwindle and bigger cities become more attractive to job-seekers.

The consequences of population decline aren’t just economic, they’re political as well. Kansas currently has four congressional districts, but over the years District 1, which encompasses 63 counties on the state’s northern and eastern sides, has expanded to cover half of the state. The other three districts are much smaller in terms of geography and draw on the state’s population centers: Topeka, Wichita and Kansas City, respectively.

However, as populations decline, the first district will continue to expand in size, and the major agricultural areas in the state are going to continue seeing less representation. Changes to state districts may be even more impactful because decisions at the state level directly impact conditions in these areas.

“That is significant when you start talking about where economic development dollars are going to or road construction’s going through,” Kansas Farmers Union President Don Teske said. “As our population decreases in those western counties, their political power will also decrease as they become more of a minority in the state.”

Nebraska saw slight to moderate population losses in all but one of its top 10 agricultural counties. Similarly, North Carolina saw significant decreases in all but two.

The population of Sioux County, Iowa’s top agricultural producer and another densely populated county, increased by 6.4% to 35,872. While it is home to the towns of Sioux Center and Orange City, Iowa State University economist Dave Swenson said it stands as an exception to many of the trends that other farm counties were seeing.

Swenson said that in Iowa, population movement isn’t necessarily because of growing farm sizes or decreased need for labor. He noted that some farms were large and getting larger, but that Iowa still had a lot of small farms and areas with meat production required a lot of labor.

He attributes the population losses less to a lack of need and more to an availability of other jobs in the state’s population centers.

“What’s happening in Kossuth, Carol and Delaware,” he said referring to the Iowa counties that lost population since 2010, “is mostly just simply out-migration, and out migration is less being caused by the ag economy than by increased employment opportunities elsewhere.”

Most of the ag-heavy counties in Indiana and Wisconsin remained fairly stable, seeing both mild increases and slight decreases in population. Minnesota gained population in Stearns, Nobles, Blue Earth, Rock, Kandiyohi and Mower counties, but lost population in the other four counties with high agricultural production.

In Arkansas, the fastest growing counties were in the state’s northwest region, with Benton County experiencing the fastest growth—over 28.5% since 2010. However, many counties and cities across the Delta lost population, according to U.S. Census data. Blytheville and Osceola, the two Mississippi County seats, lost more than 10% of their population. Blytheville lost 2,214 people, or 14.2% of the population, and Osceola lost 781 people, or 10.1%. 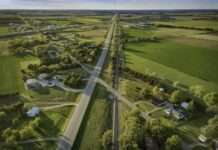 Foot rot can cause loss in profits for cattle producers, says K-State vet