Enough Ukrainian grain shipments are now getting through that they could be contributing to a slight decline in United States grain exports, according to the latest figures in the World Agricultural Supply and Demand Estimates from the U.S. Department of Agriculture. Russia’s grain exports have also been stronger than expected.

In the United States, corn export estimates for 2022-23 were cut by 25 million bushels to 2.4 billion bushels. Purdue University’s Jim Mintert, executive director of the Center for Commercial Agriculture, said in a podcast on the Aug. 12 WASDE figures that the export numbers for U.S. corn were “disappointing,” and remarked that the U.S. was not replacing Ukrainian exports. “A lot of us thought [U.S.] corn exports would be stronger than this,” he said. He said there was a lot of uncertainty about the quality of Ukrainian corn stocks.

Under the agreement, both Russia and Ukraine agreed to refrain from interfering with ships departing from three ports. United Nations inspectors will examine all ships to meet Russia’s demand that no weapons be carried on them. Ukraine had already been making efforts to get out corn via rail through territory in its west away from the front.

Hours after the agreement was signed, however, Russia shelled Odessa, highlighting its ability to disrupt the agreement at any time. Mintert said it’s “anybody’s guess” how much Black Sea grain will move out in the future.

Oleksandr Kubrakov, Ukraine’s infrastructure minister, told the Wall Street Journal in early August that 17 vessels loaded with grain were ready to depart the three Ukrainian Black Sea ports. He claimed two or three ships would soon begin leaving daily, with a view to traffic ultimately reaching 100 outgoing vessels each month. He said Ukraine could be exporting 3 million metric tons a month by September.

Both Russia and Ukraine have been reporting favorable weather conditions for both wheat and corn production, in contrast to much of Europe, which is suffering under historic levels of heat and drought.

Corn production in the European Union was “sharply lower” according to the WASDE, with extreme heat and dryness cutting estimates in Romania, Hungary, France, Italy, Spain, Slovakia, Bulgaria and Serbia. Corn export figures were increased for Ukraine, Zambia and Russia.

In the U.S., the season’s first survey-based corn yield forecast came in at 175.4 bushels per acre, 1.6 bushels below last month’s projection. Among the major producing states, the Aug. 12 Crop Production report showed corn yields higher than a year ago in Illinois, Minnesota and South Dakota. Yields in Indiana, Missouri, Nebraska, and Ohio were lower, with Iowa unchanged. Corn production for 2022-23 was forecast at 14.4 billion bushels, down 146 million bushels from the July projection.

World wheat production projections were increased by the WASDE to 779.6 million tons on estimates of higher production in Russia, Australia and China.

Total Russian wheat production was estimated at a record 88 million metric tons. The WASDE raised its estimate of Russian wheat exports to a record 42 million tons on the strength of increased supplies and favorable prices.

In the U.S., wheat production was estimated at 1,783 million bushels, up 2 million bushels from July estimates. Reductions in winter wheat and durum were more than offset by increases in Other Spring Wheats. The WASDE’s outlook for wheat was higher supplies, greater consumption, increased trade and “fractionally” lower stocks. It lowered projected ending stocks by 28 million bushels to 610 million bushels.

On Aug. 13, the agreement signed July 22 between Russia and Ukraine, brokered by the United Nations and the Republic of Türkiye, met a milestone when the first ship from Ukraine safely departed the port of Odessa. However, that first shipment of grain aboard the Razoni was rejected by the Lebanese buyer, news outlets reported.

World soybean production was estimated at 392.8 million tons, up by 1.4 million tons from the July estimate. Soybean meal and oil price forecasts were unchanged at $390 per short ton and 69.0 cents per pound, respectively 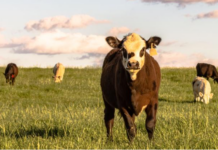 Fall or spring—what profits will these seasons bring?

View from space can help farmers with their decisions, NASA official says