As reported in High Plains Journal. Despite the COVID-19 pandemic, you should be able to easily get a turkey for Thanksgiving this year. And you probably will not pay any more for it than usual. It may not be the exact size or weight you wanted, though.

Ron Kardel, an Iowa turkey farmer and chairman of the National Turkey Federation, said turkey growers had to make some hard decisions beginning back in the spring, when the first wave of lockdowns hit as a result of COVID-19. “We sell turkeys mostly to restaurants and delis,” said Kardel—about half of all turkey sales, in fact, go to restaurants. “They were hit hardest” by the closures.

Many turkeys are sold to popular sandwich chains like Subway and Jimmy Johns. Unlike burger and fast food restaurants, those chains typically don’t have drive-through windows to take them through lockdowns. Turkey sales to those outlets dropped about 70%, causing a build-up of frozen turkeys among wholesalers. Some states relaxed labeling requirements to allow more retail sales of turkeys, which helped. “Ground turkey sales have also done well,” Kardel said.

Turkey growers knew that demand for retail turkeys would be as strong as ever, or stronger, for Thanksgiving this year, thanks to more people cooking at home. They couldn’t know when the second wave would hit, though, or that it would lead to more restrictions on the size of family gatherings, leading some buyers to look for smaller turkeys. “It’s hard to adjust turkey size in advance,” said Beth Breeding, communications director for the NTF.

Grocers often order Thanksgiving turkeys a year in advance. News stories have suggested that grocery chains are uncertain about what this year’s demand might mean during a second lockdown. Kroger said its recent research showed 43% of its shoppers will celebrate only with immediate family this Thanksgiving. Walmart didn’t reduce the number of turkeys it buys but increased turkey breasts by 30% for those who don’t want to cook a whole bird.

“The supply is there,’” said Kardel. Since turkeys are raised year-round, their production schedule has some flexibility built in. He himself adjusted with a production pause beginning in August. But he expects demand for retail turkeys to remain strong through Christmas. If you end up having to buy a slightly bigger turkey than you anticipated, that’s OK, he said. “The leftovers are the best part for many of us, anyway.” 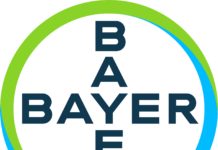