LAWRENCE — Black Friday is still an important day for retailers, but online shopping and other trends have forced retailers to adapt and even expand their tactics during the busy holiday shopping season.

University of Kansas School of Business researchers in marketing are available to discuss the Black Friday, Cyber Monday and the holiday season’s retail forecast.

Kristen Helling, lecturer in marketing, said the National Retail Federation expects 2017 holiday sales to increase between 3.6-4 percent over 2016 and generate between $678.8 billion and $682 billion after 2016 saw growth of 3.6 percent — slightly above the past five-year average of 3.5 percent.

“Many retailers are starting to view the promotion window for Black Friday as a five-day weekend from Thanksgiving Day to Cyber Monday rather than separate shopping days,” Helling said. “Sales and promotions are expected to start Thursday morning and will continue through the close of business on Monday.” 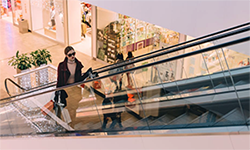 Rather than targeting specific offerings on specific days, retailers will likely offer the same promotion both in store and online throughout the five-day weekend, she said.

“A consumer will still see specials for Black Friday and Cyber Monday, but many retailers are trying to capture sales throughout the entire weekend rather than on one particular day,” Helling said.

Online shopping and gains during Cyber Monday might be the bigger story, she said, and retailers are still trying to figure out how to adapt to remain competitive in a changing environment.

“Adobe Analytics predicts Cyber Monday sales will increase 16.5 percent over last year and will generate $6.6 billion in sales,” Helling said. “Also, for the first time in history, Adobe predicts web traffic on mobile phone and tablets will be higher than for desktops. Consumers should see similar offerings in store and online. Astute retailers are working hard to capture the sales for their company regardless of whether the consumer shops in their store or on their website.”

Jessica Li, KU assistant professor of marketing & consumer behavior, said the trend in recent years to extend Black Friday deals beyond that day has led to sales starting even earlier and ending later.

“And an increasing number of consumers are doing their holiday shopping in the weeks leading up to Black Friday. This is partly because consumers are getting savvy about the fact that the best deals may not be on Black Friday itself,” Li said. “Online deals like those found on Cyber Monday are growing in popularity and have no signs of slowing down. Nevertheless, a substantial number of people will still shop on Black Friday itself. One survey suggests over half of all consumers plan to shop that day.”

Other companies have used debate surrounding Black Friday as a branding opportunity, she said. As in recent years the outdoor gear retailer REI has again decided to close for Black Friday, though it pay its employees for their time and encourages them to spend their time outdoors.

“The retailers that are participating have already been sending out pre-Black Friday sales fliers and conducted other advertising,” Nelson said. “So in some ways, retailers are expanding the use of Black Friday into the entire holiday season.”