They will join Dr. Rogena Johnson, MD, who opened the clinic within the hospital in March 2022.

Jones joins Hutchinson Regional following a nine-year career in healthcare, which started in 2013 as a Registered Nurse in the Emergency Department for Via Christi-St. Francis Hospital in Wichita. Other career stops include the Clara Barton Hospital in Hoisington, the Sumer County Hospital in Caldwell, and for the past four-and-one half years, Jones has been employed by the Hunter Health Clinic in Wichita.

Jessica Knight joins Hutchinson Primary Care Associates after spending the past ten years as a Registered Nurse with several healthcare organizations. In 2012, Knight started her nursing career with St. Luke’s Hospital in Kansas City, Missouri before a move to UPMC Altoona in Altoona, Pennsylvania. Other career stops included Marion General Hospital in Marion, Indiana, and Mercy South Hospital in St. Louis, Missouri. During the past three years, Knight has been employed by the Wesley Medical Center in Wichita.

Corwin Nozari’s first job in healthcare was as an Emergency Medical Technician in 2013 followed by a two-year stint as the Referral Coordinator at GraceMed Health Clinic in Wichita. Next, Nozari moved to DaVita Dialysis as a patient Care Technician and in August 2018 he was selected by St. Louis University to assist the school in establishing the college’s Physician Assistant (PA) program.

Nozari is a 2015 graduate of Newman University in Wichita with a Bachelor of Science Degree in Biological Sciences and he received a Master of Medical Science, Physician Assistant Studies at St. Louis University in St. Louis, Missouri. His certifications include Advanced Cardiovascular Life Support, Certified Clinical Hemodialysis Technician and Emergency Medical Technician.

Ken Johnson, President and CEO of Hutchinson Regional Healthcare System, said the demand for services from Hutchinson Primary Care Associates has exceeded all expectations since the clinic was opened earlier this year. “These three primary care associates have impeccable credentials and were selected following a national search,” Johnson said. “They bring a wide range of talents and skills to the practice which will be a great asset in keeping up with the increased demand for services. We are especially grateful this talented and high achieving group of young healthcare professionals have chosen Hutchinson Regional as the next stop in their careers.”

Appointments with Hutchinson Primary Care Associates can be made by calling 620-513-4850. 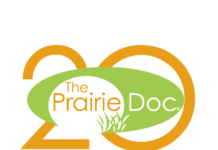