Well, I bet you never thought I’d be featuring an alcoholic beverage this week!

The good thing is it is a new recipe, at least to me it is.  There’s a bit of a story

behind this drink so here goes:

the beverage table.  It said something about adults only and it looked like a

wassail.  Not wanting to miss any fun I filled my cup with this interesting drink.  I

was told what the recipe was but of course I didn’t remember them.  Then came

the fall barn party at Cousin Becky’s house.  I sat down with Cousin David and the

bottle was back again filled with yummy elixers.  I didn’t overindulge, but I must

say it was a nice closure to the evening.

asked him for the directions for this nice winter ‘recipe’.  After receiving the

instructions I continued to ‘study’ on the ingredients.  When I realized that

further.  Some of you are asking yourselves how I didn’t know what Everclear was.

liquor labels was rather taboo to say the least!

the Everclear.  It has no taste and should work equally as well.  At least I won’t

feel as bad putting good ‘moonshine’ over the lips.

It’s the time of year when we also indulge of wassails of all sorts.  When I first

started writing I remember talking about the time I took wassail to work.  At lunch

I realized that no one had sampled any.  I found out that ‘lots’ of individuals do

not know what wassail is!   Wassail can be any mixture of fruit juices that are

mulled with spices for drinking.  It can have alcohol, or it can be non-alcoholic.

seeking only a small amount.  Therefore I have included two different

measurements one for the ‘big’ batch and one for a much smaller version.

spiced/fruited tea that is non-alcoholic.  There’s never a need for an appetizer

when you have so much food at Thanksgiving.  It’s also a nice alternative to food

for those not wanting to overindulge during the holidays.  As I always say nothing

beats a good conversation with a friend when it’s accompanied by coffee or tea.

This week has been a frantic one for me.  I got sick at work the day before a ‘big’

wrong day!   I will jump off the busy track Monday when I regroup and complete

my holiday décor and make a few goodies for the freezer.  When company is

coming, (which they are for us) I always get things made ahead of time so we can

sit and visit and not cook the entire time.

Have an outstanding week.  Hopefully I haven’t stepped on any toes featuring an

alcoholic beverage in the column!  Simply yours, The Covered Dish. Apple Pie

Mix the apple juice, cider, sugar and cinnamon together and bring to a boil.  Cool

down and then add the Everclear.  Garnish glasses with cinnamon sticks.

32 ounces or 4 cups of apple cider

or a liter/33.8 ounces.  Everclear is an extremely high ‘spirit’ and not sold in some

states.  Please research this product before preparing this beverage.  Everclear

*100 proof Smirnoff Vodka may be used as a substitute.  Everclear is not a vodka. 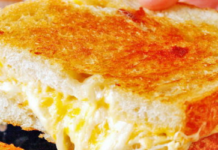