In this study the average over both sites, Prowl H2O, applied early, controlled 97% of emerging foxtail compared to only 47% and 34% control provided by Dual II Magnum and Escort XP, respectively. Escort XP applied in early spring resulted in 28% visual injury to the brome and 62% less dry matter production compared to the untreated check. Post-harvest herbicide applications provided minimal, non-significantly different levels of foxtail control. When data collection stopped in early September, foxtail suppression was unacceptable in all plots.

With the exception of early spring applied pendimethalin, herbicides did not adequately control foxtail in the short term and caused visible, but not always statistically significant, smooth brome injury. Smooth brome injury was likely worsened by below-average temperatures, including six hard freeze events that occurred the week after spring application. Herbicides did not reduce the late-summer foxtail infestation, despite apparent suppression eight weeks after the early spring application. This work will be repeated in 2021 with refinement of treatments. It looks like split applications of Prowl H2O may hold some promise and will be added. Since there was unacceptable brome injury from Escort XP, and the lack of significant foxtail control by either Escort XP or Dual II Magnum treatments, these two treatments will be dropped from this study. 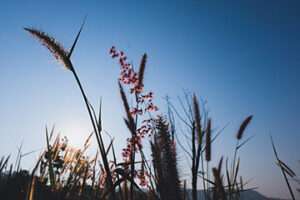