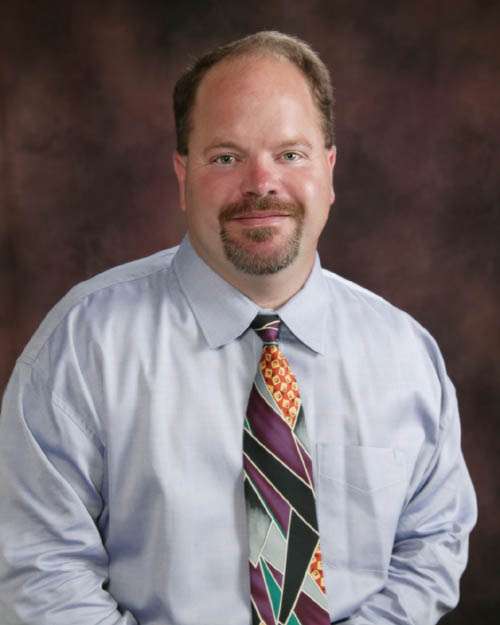 If you look around the county you will see some elm trees that are looking sickly. This may be the result of the elm leaf beetle. Elm leaf beetles are serious nuisance pests of elms wherever they grow. This insect feeds on the elm leaves.

Elm leaf beetle overwinters in the adult stage in protected places like cracks, crevices, under rough bark and in buildings. Inside homes, they can become a nuisance in the fall and spring as they move into and out of the house. The adult beetles are green and yellow striped and about 1/3-inch long.

The adult beetles become active when the new elm leaves start to emerge in the spring. They feed on the new foliage and the females start laying eggs in early May. The eggs hatch about a week later and the larvae begin feeding on the underside of the leaves. The larvae cause most of the injury by window feeding on foliage leaving a “skeletonized” appearance. Heavily infested leaves turn brown as if scorched by fire and often will drop prematurely. After several weeks of feeding, the larva crawl down the trunk or fall to the ground where they pupate.

Adults emerge to start the second generation. Normally the second egg hatch occurs about mid-July though this may vary depending on the year and area of the state.

Time chemical sprays to coincide with egg hatch, about midMay for first generation and early- to mid-July for the second generation. Often a single application made to control the first generation is all that is required. Specific time varies with the season and different areas of the state. Effective sprays for larvae (and adults) include carbaryl (some formulations of Sevin), acephate (Acephate, Orthene, Bonide Systemic Insect Control), spinosad (Conserve; Captain Jack’s Dead Bug Brew; Monterey Garden Insect Spray, Natural Guard pinosad) and cyhalothrin (Scimitar, Spectracide Triazicide).

Though adult beetles that invade homes can be a severe nuisance, they do not feed or damage food or furnishings. Preventive steps include screening and caulking around window moldings and under siding. Spot treatment of entry areas on the outside of the house with a chemical such as cyfluthrin or permethrin should help. If beetles make it inside, regular vacuuming will keep the problem manageable.