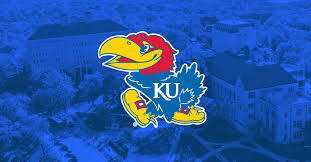 Study reveals smaller-than-expected percentage of research in psychology is truly multidisciplinary
LAWRENCE — Colleges and universities across the U.S. have seen a decades-long push for scholars to carry out “multidisciplinary” research — academic work that combines experts from different fields who mix know-how to work on a certain topic. Recently, researchers from the University of Kansas sought to characterize multidisciplinary research that took place over one decade in the field of psychology. Their analysis, published in peer-reviewed journal Humanities and Social Sciences Communications, has broader implications for how scholars and institutions can expand multidisciplinary endeavors.

Contact: Joe Monaco, Office of Public Affairs, 785-864-7100, [email protected], @UnivOfKansas
KU names new leader of Office of Civil Rights & Title IX
LAWRENCE – The University of Kansas has selected a new leader to oversee its civil rights and Title IX efforts.
Lauren Jones McKown – an accomplished attorney, higher education administrator and KU alumna – has been named KU’s associate vice chancellor for civil rights & Title IX.
McKown comes to KU from Northern Virginia Community College, where she serves as the institution’s Title IX coordinator. In this role, she administers the college’s Title IX grievance procedure, provides support measures for reports of sexual misconduct, builds Title IX awareness and compliance programs for the institution’s six campuses, and provides training for students, staff, investigators, hearing officers, appellate officers, advisers and informal resolution facilitators.
McKown begins her new role with KU on June 26.
“I’m excited for the opportunity to return to my alma mater and lead KU’s work related to civil rights and Title IX,” McKown said. “KU can be proud of the work it’s done in this space in recent years, and I look forward to ensuring KU continues to be a national leader in preventing and responding to discrimination in all its forms and creating an overall campus culture of respect.”
Prior to her role with Northern Virginia Community College, McKown served as director of the Center for Accommodation and Access and Title IX coordinator at Columbus State University; as director of compliance, director of equal opportunity and diversity, and Title IX coordinator at Texas A&M International University; as a law clerk and attorney with Foley & MacAdie, P.C.; and as a paralegal and law clerk with the Law Offices of Helman & Neustadt.
McKown earned her law degree from New England Law in Boston and has both a master’s degree and bachelor’s degree from KU.
A new title and new reporting line
McKown replaces Demetrius Peterson, an attorney with Husch Blackwell, who has been leading KU’s Office of Civil Rights & Title IX on an interim basis since summer 2021. In addition to leading the office’s day-to-day operations, Peterson and his colleagues from Husch Blackwell were asked by KU leaders to take a fresh look at the office and recommend ways KU could enhance the office moving forward.
Due in part to Husch Blackwell’s recommendation, along with the latest best practices among higher education peers, McKown takes over the office with a different title – “associate vice chancellor” – than previous leaders, whose title was “director.” This title change reflects the office’s new reporting line directly to the Office of the Chancellor. Previously, the office reported to Human Resource Management.
About the Office of Civil Rights and Title IX
The Office of Civil Rights & Title IX administers KU’s equal opportunity and nondiscrimination policies and procedures, and it encourages a campus climate of respect and understanding. The office serves as a neutral and unbiased resource for members of the university community who wish to report an allegation of discrimination, harassment, sexual misconduct, sexual violence and/or retaliation, and offers assistance and protective measures to those individuals.
The office is a neutral fact finder when conducting investigations in response to allegations of sexual, misconduct, harassment, discrimination and retaliation. Staff is responsible for gathering information about the allegation in a diplomatic, culturally competent and trauma-informed manner that is fair to both the person reporting the allegation (i.e., the complainant) and the person responding to the allegation (i.e., the respondent).
The office also provides information about health, safety, advocacy and support resources. As necessary, the office performs formal investigations to detect, discontinue and prevent violations of the Non-Discrimination Policy and Sexual Harassment Policy, and to ensure the university complies with state and federal civil rights laws.
For additional information about the office, or to file a complaint, members of the community can visit the Office of Civil Rights & Title IX website.

Contact: Brendan Lynch, KU News Service, 785-864-8855, [email protected], @BrendanMLynch
Study reveals smaller-than-expected percentage of research in psychology is truly multidisciplinary
LAWRENCE — Colleges and universities across the U.S. have seen a decades-long push for scholars to carry out “multidisciplinary” research — academic work that combines experts from different fields who mix know-how to work on a certain topic.
Recently, researchers from the University of Kansas sought to characterize multidisciplinary research that took place over one decade in the field of psychology. Undergraduate student Yoshiaki Fujita and Michael Vitevitch, professor and chair of psychology at KU, have published their findings in the peer-reviewed journal Humanities and Social Sciences Communications.

Using network science, the pair examined articles for the years 2008-18 listed in the Social Sciences Citation Index database of the Web of Science, under the subject category of “Psychology, Multidisciplinary.” They found just 25% of citations from articles in these journals referenced research published in fields outside Psychology.

“We were a little surprised to find out even though there are these calls to become more and more multidisciplinary, we’re still really not,” Vitevitch said. “When you look at psychology journals identified as multidisciplinary — so they should be reaching out the most to other fields — only about 25 percent of their citations are to journals from other fields. Half were to other psychology journals, and 25 percent were to other multidisciplinary psychology journals.”
Fujita, now a graduate student at Indiana University-Bloomington, and Vitevitch found some topics in psychology attracted multidisciplinary work steadily throughout the decade — such as those relating to physical and mental health — while the percentage of multidisciplinary research for other topics would rise and fall.
“We looked at topics people were investigating to identify potential gaps,” Vitevitch said. “What are themes people are studying in this multidisciplinary fashion, and are there areas that are really hot and areas that have sort of died off?”
The authors think their analysis could help individual researchers identify promising areas of multidisciplinary research.
“If you’re wanting to become more multidisciplinary, where might you want to look for topics to investigate?” Vitevitch said. “Maybe there’s work being done, but nobody’s really bridged those two fields — becoming that bridge might be good if you’re looking for a new research topic. So, the approach we use in this paper might help you identify something of interest. For instance, our keyword analysis showing, ‘Hey, these are the topics that people are studying — but there’s a gap there.’ That may be something you can do at the level of the individual researcher to become more multidisciplinary.’”
Further, the KU study makes recommendation for administrators at academic institutions who want to boost multidisciplinary scholarship.
“If multidisciplinary work is so good, how do you get it to occur?” Vitevitch said. “A research administrator can create programs to bring people together to talk and share ideas — like the Red Hot Research Talks at KU. One researcher might have this statistical technique that’s great for a problem — a technique another researcher didn’t even know existed. You’re a sociologist and the other one is an economist, but one has techniques that could solve the other’s problem. Sometimes getting people together helps find interesting theoretical differences as well, when the theory from one field predicts one thing should happen, and a theory from another field predicts exactly the opposite — so OK, let’s test this out.”
Vitevitch also said that multidisciplinary research tends to be more influential as measured by peer citations.
The KU team’s work contributes to the growing field of study known as “the science of science,” which often relies on quantitative data — like the citation networks analyzed in this new paper — to answer questions about the nature of academic research.
“It’s looking at all of science itself to try to understand how it works and are there things you can do to make it work better,” he said.
The authors said their approach should be valid for measuring multidisciplinary research in other fields besides psychology.
“If we were to have done this with economics, for instance, we probably would still see the same sort of percentage of citations in versus out of the field,” Vitevitch said. “But we need more diversity of perspectives, theories and methodologies to solve the problems we’re seeing in society — the problems aren’t getting any simpler. They’re getting more and more complex.”
-30-
———————————————————————— 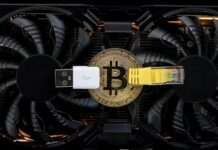