Multiple people from Hutchinson helped to establish its 150-year history. Several were known as city founders.

From C. C. Hutchinson founding the town in 1871 to Frank Colladay beginning a century-old hardware company, many members of the early Hutchinson community created a city to last.

“(Hutchinson) wasn’t worried about just establishing a town as quick as he possibly could — he was interested in setting up a town that was going to continue to grow without having growing pains,” said Reno County Museum chief curator David Reed.

In 1885, Colladay arrived in Hutchinson on the Santa Fe Railroad. He was heading to California, but after stepping off the train car, he decided to remain in Kansas and establish a company.

Colladay began a hardware retail store at 16 N. Main St. in Hutchinson in 1888. He named it Frank Colladay Hardware. 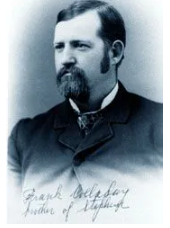 “He was able to expand his reach far beyond the county and saw the demands of what the state was going to need as far as materials and tools,” Reed said. “The things that a growing population was going to need to help establish themselves.”

He expanded into Texas and New Mexico, sending his sales team across state lines.

According to a biography written by Teresa Chansler in 1974, Carey began his business in Hutchinson with a coal mining company in partnership with a man known as R. E. Conn in 1885. By 1887, the company changed to Carey, Beers and Lee.

Carey and his business partners grew Carey, Beers and Lee for three years until 1890. 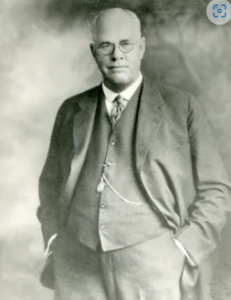 “Right there, I learned my first real business lesson. It was: never borrow money to buy something you don’t need,” Carey stated in the biography. “In 1890, I got my second lesson. It was this: Remember that, nine times out of 10, a poor man cannot afford to pay interest.”

After selling his properties to pay off his debts, Carey recovered and began his next business, an ice manufacturing company.

The business began in 1895, but Carey quickly turned to salt several years later.

The Santa Fe Railroad and two other rail lines in Hutchinson aided Carey with his business, utilizing it for trade and shipments across the state.

Carey began Carey Salt Company in May 1901, according to Willard Welsh’s 1946 book “Hutchinson, a Prairie City in Kansas,” despite threats from the other salt companies that were already established in Hutchinson.

He utilized the profits from his coal and ice manufacturing businesses to keep Carey Salt Company afloat — today, it continues in the exact location of Strataca in Hutchinson.

C. C. Hutchinson, the city’s namesake, visited its soon to be location on the Arkansas River in the summer of 1871. He was a Santa Fe Railroad Company surveyor.

According to literature by Fred Henney in a pamphlet titled “The Hutchinson Story” from 1950, Hutchinson created the city’s first draft. 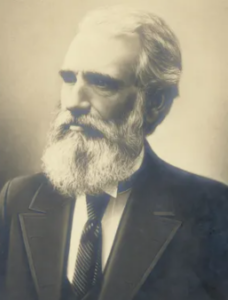 “Hutchinson made a rough draft of a townsite not quite one-mile square. A wide Main Street was intersected at the center by a street to be called Sherman, after a lovely Vermont girl, Gertrude Sherman,” Henney wrote. “Two years later, she became Mr. Hutchinson’s wife.”

Reed said that Hutchinson aimed to create a prohibition city, so he banned saloons in town, trying to rid it of criminals.

According to Welsh, Hutchinson and earlier settlers wanted to create a city founded on peace so the town could grow without the hindrances of crime.

“He saw the potential where the town was, which is why I think he fought so hard for it to become the county seat,” Reed said.

One and a half centuries later, Hutchinson continues to thrive.