Bad News for Bats in Kansas and Texas

Earlier this month white-nose syndrome was officially confirmed in Kansas. The deadly fungal disease has infected bat populations in 32 states and 5 Canadian provinces. The fungus is also spreading in Texas and was – for the first time – detected on a Mexican free-tailed bat. No bat deaths have yet been attributed to white-nose syndrome in the Lone Star State, however.

White-nose syndrome has killed at least 6 million bats in the U.S. and Canada since it was first discovered in upstate New York in 2006. The fungus rouses bats during winter hibernation, causing them to deplete vital fat reserves and starve to death. Bats provide billions of dollars annually in ecological services by, for instance, eating crop pests (which reduces the need for pesticides) and consuming mosquitoes (which can spread various diseases to humans). Therefore, loss of native bat species is a cause for concern for the health of humans, wildlife, and our natural world.

Explore how this devastating bat disease spread over time through an interactive map, and discover how you can help bats and prevent the spread of white-nose syndrome by, for instance, staying away from closed caves, decontaminating caving gear, reporting strange bat behavior, and avoiding disturbing bats. New white-nose syndrome grants are also available to state wildlife management agencies; applications are due by May 9. 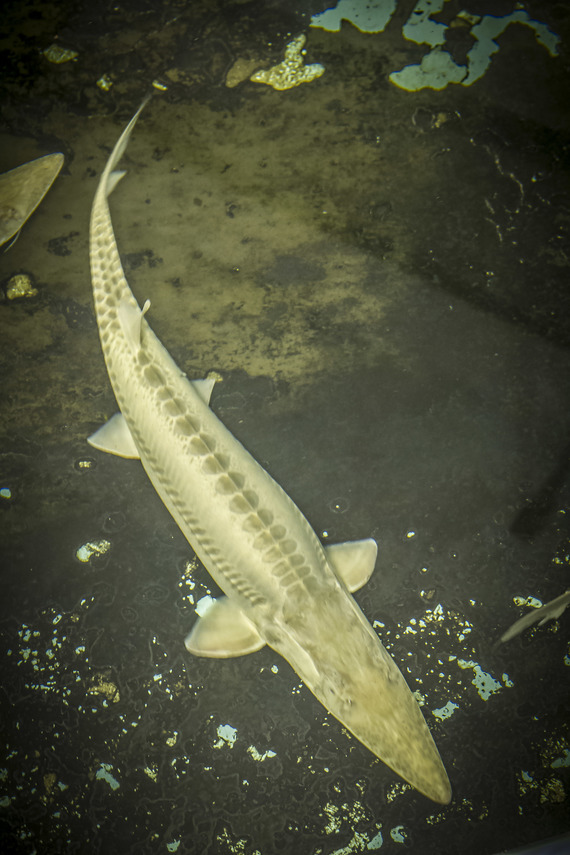 Saving an Ancient Fish in the Missouri River

The pallid sturgeon has been called a “living fossil.” It hasn’t changed much over millions of years – about 70 million years to be precise! This impressive freshwater fish can grow over 6 feet long (1.8 meters) and weigh nearly 80 pounds (36.4 kilograms). Ongoing conservation efforts include propagating pallid sturgeon at national fish hatcheries – such as Gavins Point National Fish Hatchery in South Dakota – and releasing the fish into the wild.

Check out a behind-the-scenes look at recent conservation efforts by the Nebraska Game and Parks Commission and local volunteers searching for pallid sturgeon. They plan to find fish to help with future spawning efforts at hatcheries to, in turn, produce more fish for future release. You can also explore ongoing pallid sturgeon survey updates and learn about interagency conservation planning and recovery efforts.