HAVEN– Visitation for the late Mike Alfers will be from 9 a.m. to 8 p.m. Thursday May 12, at Elliott Mortuary, 1219 N. Main, Hutchinson. The casket will be closed.

Friends may call from 9AM-8PM, Thursday May 12, 2022 at Elliott Mortuary. The casket will be closed.

All are encouraged to join the family for a Celebration of Life dinner and reception following services at YMCA Camp Wood, Elmdale, KS.

Alfers, 69, owner-publisher of The Rural Messenger, died Friday, April 29, at his home in Haven. He had been battling pancreatic cancer.

Alfers was a longtime Kansas newspaper executive. He founded The Messenger in 2004 in Haven and was a strong but quiet presence in the Kansas newspaper industry for more than 40 years. Before starting The Messenger, he had been an executive with The Salina Journal and later business manager for Harris Enterprises, which operated newspapers and radio stations in 12 states, including The Journal, Hutchinson News and six other daily publications in Kansas. He later left the Harris Group to become a newspaper management consultant in the U.S. and in Europe. He established a Bosnian newspaper for U.S. refugees of the Balkans war in the years before he started the Rural Messenger. He served as mayor of Haven from 2011-2015.

He was preceded in death by his parents, Harold and Catherine Alfers, two brothers, Patrick Alfers and Curtis Alfers, and a sister, Jacque Jacobs. 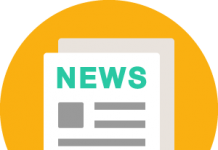