For the Sweet Dough:

For the Cinnamon Roll Filling:

For the Cream Cheese Glaze:

For the Smoked Candied Nuts:

Place the milk in a small sauce pan. Bring to a boil. When the milk begins to boil remove the pan from the heat. Pour the hot milk into the bowl of an KitchenAid Stand Mixer. Add the 1/2 cup butter and stir to melt. When the butter is melt, stir in the sugar and whisk to dissolve. When the temperature of the milk has cooled to 110ºF, add the yeast. Stir and let sit for 10 minutes, letting the yeast begin to foam. Add the eggs, salt and flour. Using the dough hook attachment, mix for 10 minutes. Transfer to an oiled bowl. Cover with plastic wrap and allow the dough to rise until double in size.

To make the Cinnamon Roll Filling, mix the brown sugar, maple syrup, butter and cinnamon until smooth. Keep at room temperature until ready to use.

Preheat your Yoder Smokers YS640 Pellet Grill to 250ºF, set up for smoking.

Place the pecan and hazelnut pieces in a quart sized container. Pour the maple syrup over the nuts. Soak for 30 minutes. Strain the nuts. Discard or reserve the maple syrup. Place the the nuts in a bowl. Add the remaining ingredients. Toss to coat the nuts in the sugars. Spread the nuts out on a parchment lined sheet pan. Place the pan on the second shelf of the grill. Fill an A-MAZE-N Tube Smoker with Cherry Pellets, place on the main cooking grate and light with a torch. Let the flame burn back for about 30 second, then blow out the flame. Smoke until the mixture is mostly dried out and the nuts are tender, about 1 hour. Remove from the grill.

Spread the cinnamon filling over the dough, in a thin layer. Leave a 1.5” border of bare dough on one long edge. Starting at the cinnamon-covered long edge, roll the dough tightly toward the bare edge, forming a long tight cinnamon roll log. Cut the log into 12 equal sized rolls. Tuck the loose end of each roll underneath to secure it, and place 6 rolls in a greased Lodge 8” Cast Iron Skillet.

Increase the temperature of the grill to 350ºF.

Allow the rolls to rise until they have risen above the rim of the skilled and have proofed into each other. The cinnamon rolls should be touching each other. Bake until the edges are just golden and the centers of are cooked through, about 40 minutes.

To make the cream cheese glaze, combine the room temperature cream cheese, butter, bourbon and powdered sugar in the bowl of a stand mixer. Using the whisk attachment, mix until completely smooth. Add the milk and whisk until incorporated.

Immediately after the cinnamon rolls come off the grill, cover in the cream cheese glaze. Serve warm, topped with the Smoked Candied Nuts.

This recipe makes 12 cinnamon rolls. You can fit 6 rolls into each 8” skillet, so when preparing your cinnamon rolls, work in batches, use two skillets or save and freeze half for later. 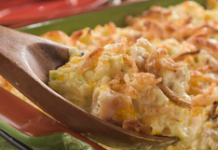 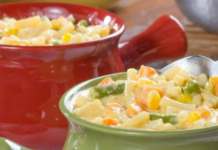