As reported in High Plains Journal. On Sept. 16, the U.S. Department of Agriculture announced the extension of the deadline from Sept. 17 to Oct. 12 for the Pandemic Livestock Indemnity Program, allowing swine and poultry producers who suffered losses during the pandemic to recoup some losses.

Many in this sector had insufficient access to processing and now can apply for assistance for those losses and the cost of depopulation and disposal.

Farm Service Agency Administrator Zach Ducheneaux said once the Biden administration was in office, USDA stopped and reviewed the Coronavirus Food Assistance Program systems that were being administered and identified gaps. Swine and poultry producers were the ones who took a financial hit.

“That was one of the things that was exposed in our food system, is that we have some fragility in there, and the producers were the victim of that,” he said. “So we wanted to try to find a way to help them stay in business and stay viable as we look to reimagine what that food system looks like.” 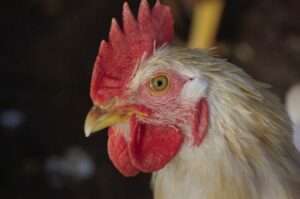 The extension was issued to make sure all producers had every single opportunity possible to get signed up and take advantage of the option.

“Since it’s a brand new thing that we’re doing it makes sense to give it a little more than the normal 60-day sign up window,” Ducheneaux said. “We decided to extend it for a month. That, that closing date will also align with other programs that are closing on Oct. 12.”

Ducheneaux said having a program like this is important for producers because on the production side of agriculture, when equity erodes, farmers and ranchers become more captive to the system.

“This will help those producers realize up to 80% of the fair market value of that loss that they had to incur and recover some of the expense of disposal of those animals,” he said. “I think that just the fact that it’s available whether a producer, takes advantage of it or not, helps them understand that the system does care.”

USDA is empathetic to their plight and this is an opportunity for producer to take advantage of when times are tough. He recognizes the effort producers put into raising the animals, and having to think about depopulating them when there’s hungry people near by is a tough pill to swallow.

“That’s a lot of stress on that producer,” he said. “Whenever we can reach out to those folks and let them know we care. We’re trying, and we’re interested in their feedback on what we can do better.”

PLIP targets ones of the weakest links in the supply chain where that capacity wasn’t there to take the animals and the producers were forced to make a tough decision. Ducheneaux realizes other species had to make tough choices too.

“We’ve got other programs coming out to kind of fill in the final gaps,” he said. “The challenge we face as a department is we have to paint with a pretty broad brush, and sometimes we’re not going to be able to take care of everybody.”

But Ducheneaux and Secretary of Agriculture Tom Vilsack along with the presidential administration are interested in input.

“If we’re doing things that aren’t reaching your particular segment of the industry, we want your feedback, we want to know,” he said.

For more information about PLIP or to sign up visit your local FSA office or online at www.farmers.gov/coronavirus/pandemic-assistance/plip. 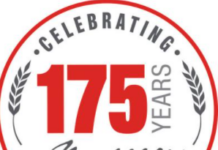 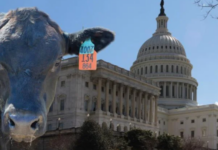