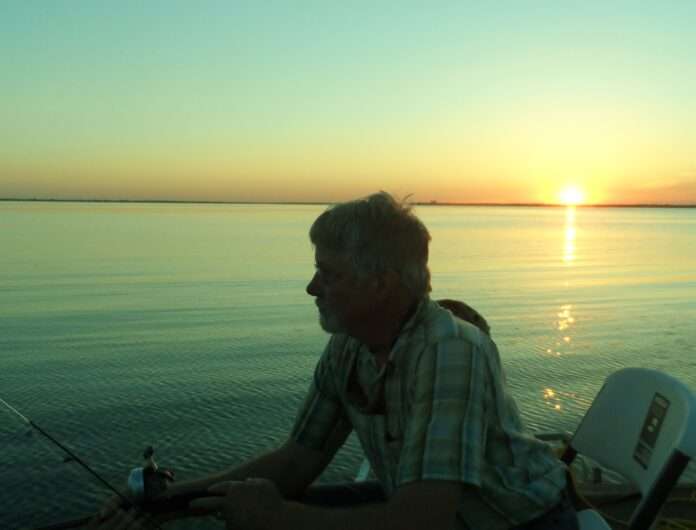 Last week was a week of reminiscing. First of all, all five of us siblings were able to get together for a few days, which rarely happens anymore since we are now located in Kansas, Missouri, Ohio and Tennessee. Secondly, my brother is selling his beautiful home and absolute whitetail-deer haven buried deep in the southern Ohio woods, and I got to spend a little time with him there. Thirdly, while we were there, my niece’s daughter harvested her first deer and my nephew’s daughter trapped her first raccoon. Now the harvest of these two may not seem much like reminiscing, but it reminded me of how my siblings and I became hunters and trappers, and our nieces, nephews and their kids are the generations that will keep these traditions alive after we siblings have gone-on.
We began deer hunting where we grew up in central Ohio. Deer were hunted a little differently there at that time. We neighborhood deer hunters all had stands we sat in for the first couple days of deer gun season, then we would gather as a group to hunt in woods owned by us hunters. The only legal guns allowed for deer hunting then in Ohio were shotguns using slugs. We would drop off a couple hunters at one end of a woods, then the remainder of the group would walk in from the opposite side to push deer towards the shooters. Last week my brother reminded me that the first time I took him along, I told him that when certain members of the group started shooting, just drop to the ground, cause when a deer was spotted, all bets were off. We often gathered in a neighbor’s kitchen early in the morning for coffee and hot chocolate, and inevitably, someone would spot a deer crossing the road nearby, and chairs would fly and coffee cups clatter as we headed out the door in an attempt to get ahead of the deer. As I recall, my brother harvested his first deer, on my farm no less, before me, and I believe I asked him where he thought he was going to hunt from then on. I have harvested my share of Kansas deer since moving here, but my brother was always the better deer hunter.
I started trapping in junior high after making friends with an older local trapper named Mr. Wolfe. A stream traveled the entire length of our property, continuing on for a few miles before winding its way back around to cross our land a second time. As I remember, Mr. Wolfe trapped that stream for years. When I was in my early teens, he began taking me along, and I was hooked on trapping. Mr. Wolfe drove an old 1950’s vintage dark green Ford car. I can still see him seated behind the wheel wearing hip boots and a big coat with lots of pockets, and wearing a pistol on his side. He’d pull into the drive, get out and open the trunk to show me what he had caught. The trunk would contain a mix of traps and stakes, muskrats, coons’ and an occasional mink. I remember feeling pretty pleased that this old man would take the time to stop and show me his catch. Eventually I put together a rag-tag collection of used traps and Mr. Wolfe let me begin trapping our stream. I caught a few muskrats and a couple coons before we moved to a larger farm my junior year of high school. We built a pond there, and when my brother stared tagging along on trap checks and got hooked on trapping himself, I gave him the pond to trap. Since moving to Kansas, I have harvested numerous coyotes, raccoons and a few bobcats. My brother still traps a little, and will try to catch a few coyotes at his new home in Tennessee.
Our family’s interest in hunting, trapping, fishing and the outdoors came from our grandfather (our mother’s father) who routinely hunted deer, turkeys and elk in Texas and Wyoming, and harvested a moose that is in the Boone and Crocket record book. Of us five siblings, my brother and I and one sister are deer and turkey hunters and / or trappers, and most of my siblings’ kids are hunters and trappers and have passed that interest on to their kids too.
Yes, it was a week of reminiscing, and I think our grandfather would have approved of the ways our family has handed down his passions. The younger generations are the ones that must keep alive the love of the outdoors, so take a kid with you hunting, trapping or fishing as you continue to Explore Kansas Outdoors.
Steve can be contacted by email at [email protected]