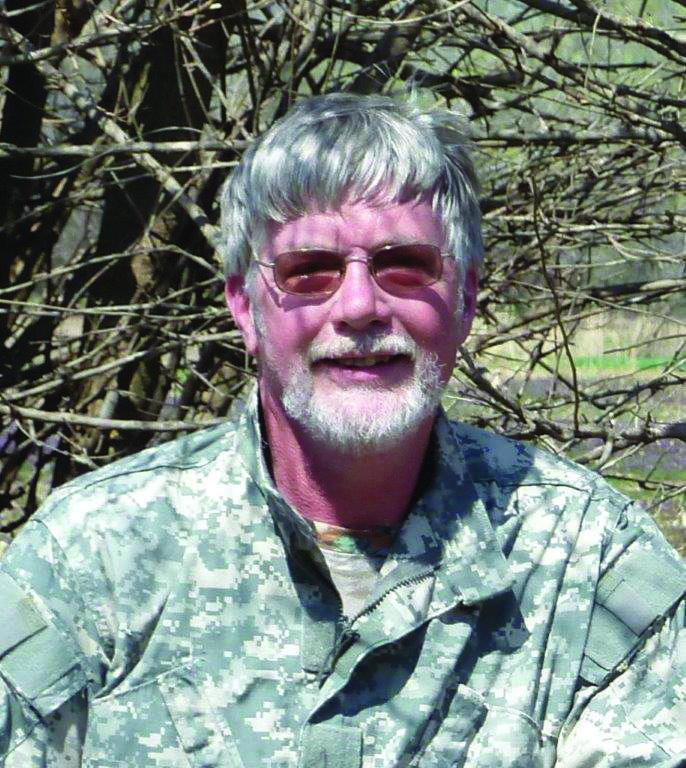 The first early deer seasons of the year are right around the corner, meaning hunters should be digging out their gear in preparation. A very important tool for early bow-hunters is good camouflage clothing. Webster’s dictionary describes camouflage as “A disguise; a deception; to disguise in order to conceal.”  Anyone who has priced camouflage clothing at sporting goods stores or even Wal-Mart knows there’s hardly a limit to the amount of money one can spend on camouflage clothing and gear. My way around that is to buy or otherwise procure military surplus camo. This is hardly a secret and possibly many of you have already gone this route too, but maybe I can pass on to you a few things I’ve learned about military camouflage clothing.
Having spent twenty years in the Army National Guard, I’ve found that not all military camo is created equal. During my service we sported the BDU’s (battle dress uniforms) that were all shades of green, black and dark brown and the pattern was comprised of large blotches. This is great stuff for later spring turkey hunting when all of nature is adorned in its brand-new green foliage, but for fall and winter when most of our hunting takes place it’s too green to look natural. I fell in love with the pattern worn by the army for several years known as ACU Digital, which stands for Army Combat Uniform, and was designed to be a universal combat pattern good for use in all environments. This pattern is comprised of smaller square and rectangular shapes that looks much like a jigsaw puzzle, but contains more off-whites, grays and drab greens. It’s a much better fit for year-round use and is also good for winter. The US military is known for constant change, most for the good I guess, and in research for this column, I found that they no longer use the ACU Digital uniforms, which should mean more garments in that pattern available to purchase cheap.
Two of the obvious pros of military camo are the availability and the price. Besides local surplus stores, the internet and eBay teem with sites and sellers peddling military camo clothing and gear. It’s also commonly found at garage sales where people have scarfed it up when their term of military service ended thinking it was cool, but then found they had no real use for it and are willing to part with it for a fair price. In a recent internet search, we found several sites, one called www.magnafabrics.com that sell military camo fabric in dozens of different patterns at very reasonable prices, so for those of you who sew or our married to a capable seamstress, that is another route to consider.
In my book, another big plus to military camo is its construction. Aside from the cockamamie button flies on the older pants, the military makes quality garments. Things like Velcro tabs that allow you to pull sleeves tight around your wrist, draw strings at the bottom of pants legs to help keep out the cold wind or the ticks, and tabs that let you tighten waists all help make them handy and user friendly. And then there are the pockets, especially on the pants. Having too many pockets is like having too many goose decoys or too many walleye fillets in the freezer, it just ain’t gonna’ happen, and military camo garments have lots of big handy pockets. The new shirts and pants come in different styles, but my ACU shirt has six pockets; two on each sleeve and one on each side at chest height, all held shut by Velcro, and the pants all have those great cargo pockets on each side of the legs plus the usual four found on all pants. My shirt has a zipper instead of buttons, which I think is cool, and an expansion panel on the back of each shoulder that flexes when you extend your arms or bend over. The only downside I’ve found with this new camo is all the Velcro.  Velcro’s great but kind of noisy when the woods are quiet.
Sporting goods stores are full of good quality camouflage clothing for every occasion and situation. Heck, some companies were founded and exist today entirely for the design and production of camouflage clothing and gear. So, if you insist on name brand camo clothing, I understand. But if you, like me, love a bargain and feel good when you can spend less on your outdoor clothing and gear and still get just what you need, try surplus military camo, and especially the new army ACU stuff. It’ll help you continue to Explore Kansas Outdoors for less.
Steve can be contacted by email at [email protected]