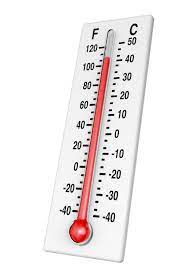 Well, after such a pleasant cool spring, here we go again with summer in Kansas. This week’s column is a concoction of different subjects, all having something to do with summer and the temperature. The internet teems with one-liners about most everything imaginable, and here are a few I came up with about the heat.

And my personal favorite; It’s so hot that the Kansas Department of Wildlife, Parks and Tourism will be offering a new big game hunting license this year; it will be good for 1 camel, either sex!

And speaking of how hot it is, I ran across something I thought to be straight from the “old wives’ tales” folder, but it was splashed all over the internet, so maybe I was wrong again. It seems that in the late 1800’s, AE Dolbear a professor at Tuft’s college near Boston first noted a relationship between air temperature and the rate at which crickets chirp. In 1887 he published the first equation, known as Dolbear’s Law, which can be used to determine the approximate temperature in Fahrenheit based on the number of times a cricket chirps in one minute. Be advised; be very careful here because the equation is slightly different depending on whether you are listening to a common Field Cricket, a Snowy Tree Cricket or a Common True Katydid. For your average run-of-the-mill Field Cricket, the equation goes something like this; subtract 40 from the number of chirps per minute, then add 50 and divide by 4 to get the approximate temperature. (T = 50+ (N-40) / 4) There actually is some science behind this. Since crickets are cold-blooded, they chirp faster as they get warmer. I’ll bet his research took forever as people probably kept smashing his test subjects. Like I said, I found this all over the internet and each source swore there is something to the theory, so test it out and let me know the results. If I get enough feedback, I’ll publish it in a future column. I absolutely hate this heat and I seriously doubt there’s a cricket alive that can chirp enough times in 1 minute to even come close to calculating our temperatures of late.

Every few years, the men’s fellowship group at my church has a fish fry, and we always end the evening by telling our best outdoor related stories. The best story is selected by the group and retold to end the evening. This story was the winner at the last fish fry. It took place while setting bank lines for flathead catfish somewhere on a river here in Kansas. Two buddies had numerous lines set and had checked them several times during the night.

Bank lines are heavy cord tied to a tree limb or something else along the river bank that will flex when a big fish is hooked and begins to tug and tussle. They are usually baited with live fish of some sort, often a bluegill or a goldfish. It was the last check of the lines early in the morning just before they would pull them for the day. As the two approached one particular line, a ruckus erupted on the bank; there was a blue heron hooked on the line! Herons feed by swallowing small fish headfirst, and this one had evidently swallowed the fish used for bait on that particular line, meaning the large hook was now several inches down the throat of a very big unhappy bird. Now a blue heron may look tall and spindly, but I have little doubt that one hooked on a fishing line would be a lesson in bronco-bustin’ trying to free it. With the thrashing beast bulldogged and wrapped up in the arms of the storyteller, they could see by the bulge on the outside of the heron’s throat where the hook was wedged. With the point of his knife, his buddy made a small hole where the hook appeared lodged, cut the line and pulled the rig, hook first out through the hole in the heron’s throat. And once again, the victim flew away and lived happily ever after. Everyone in attendance that night knew that “Thou shalt not lie” is amongst the Ten Commandments, but as far as I know, nowhere in the Ten Commandments does it state “Thou shalt not embellish!” Continue to Explore Kansas Outdoors.

DO YOU KNOW WHERE YOUR CHILDREN ARE?