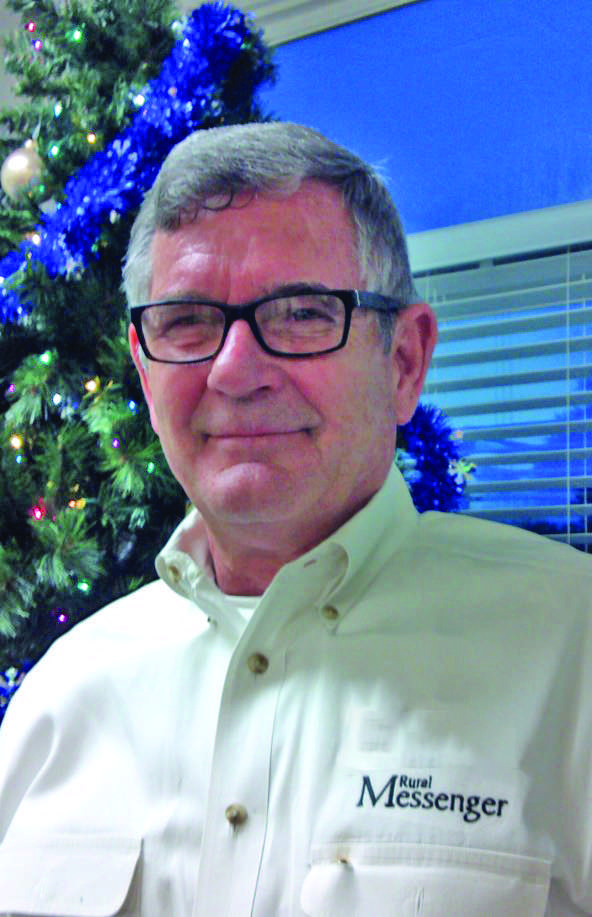 I remember the first time I met Mike. Shortly after Hospice House opened I donated a display case for the little quilts. Family members had been making little quilts to hang on the walls of Hospice when it was in the hospital in memory of their loved one that Hospice had taken care of.

So when Hospice built their own building I had a friend who was a carpenter build the quilt display case for me. With the help of Penwell Gable and the glass company in Hutchinson the large case was built and hung on the wall in the family room of Hospice House. It has glass doors so the little quilts would stay clean and the staff could change the quilts out.
Mike came to Hospice house the day the display case was hung. I am not sure how he knew about it and when it was going to be hung in the family room but he took the pictures of it when it was finally on the wall. Then when he was ready to leave with his photographer, he told me he wanted me to write an article about Lady and her therapy work and the display case. Lady was the first licensed therapy dog in Reno County and the first one to visit patients in the Hutchinson hospital and a Hospice facility in Kansas.
I told him I had never done any writing and he said I could do it. He said I should just tell the readers about Lady and her therapy work. So I sat down at the computer and wrote a short story about Lady and our work and he printed it. When I sent it to him I thought, well that is that and I won’t have to do that again.

Next thing I knew I had an email from him asking me to start writing articles or stories for him. I argued with him and told him I had never written for a publication. That didn’t get far with him and he kept telling me to write a story for him that he could put in the paper. That started 21 years of writing for the paper and over 150 stories.

Then I wrote a book about my home town of Mullinville and published it. It is the history of the town from the first day until the time I wrote the book. I would never have even thought about doing that without Mike pushing me to write more and more.

He never made any changes to any of my stories and not to any of the men’s articles who write for the paper. He believed in the freedom of speech for a writer and their work. If there was a mistake it was my fault and I learned from that and didn’t make the same mistake again and he molded a better writer by letting me learn the hard way. He never told me or the other writers for the paper what we could or could not write about for the paper.

I have been the only woman writer for the paper for quite a few years. One lady writes about recipes and cooking but after Doris (who wrote nostalgia before me) retired it has just been me twice a month. Very few editors/owners of a newspaper would turn an untested writer loose the first time they asked for a story but Mike did.

I don’t think over the 21 years that I wrote for him that he ever suggested that I change something or that he thought it was something that would upset people. And he was right, I never had anyone email and tell me that a story was not politically correct or they didn’t like it. But I always had emails from readers that had connected with a story or those that just enjoyed the story.

I sure miss Mike and I am sure the other writers for the paper do too. He was a great mentor to the few that were lucky to be hired to write for him and the Rural Messenger. I certainly enjoyed working for Mike. To contact Sandy: [email protected]