LAWRENCE — Some 40 years after thinking began in earnest and 20 years after implementation did likewise, a University of Kansas professor believes it’s time to take a critical look at the golden child of urban planning, the internet-enabled smart city. For while its capabilities might lend themselves to contact tracing for coronavirus or a future pandemic, they also allow governments to monitor and arrest righteous street protesters.

In “Smart Cities” (The MIT Press, 2020), Germaine Halegoua reviews the state of the art and argues that ordinary citizens need better tools to evaluate the promises and pitfalls of this seeming juggernaut of public-private development.

“That everything is double-sided, or that there’s a duality to a lot of these promises and justifications, is exactly what makes the smart city so interesting to look at and so troublesome,” said Halegoua, associate professor of film & media studies. “For every innovation, there are not just unintended consequences, but there is so much complexity within urban environments and so many different populations that use and experience the city so distinctly, that to design this sort of one-size-fits-all model of smart urbanism, it’s not really accurate, and it’s not really useful.”

Halegoua’s research has focused on networking, including the arcane topic of dark fiber, a physical legacy of the dot-com boom. This is the second book she has published this year, following “The Digital City: Media and the Social Production of Place” (New York University Press, 2020). The newest volume is part of MIT Press’s Essential Knowledge Series, which consists of pocket books on current topics.

Halegoua said she wrote it, in part, to question to what extent the smart city emperor is wearing any clothes. She said that before they can even understand what is being proposed and who might benefit, many people have found their hometowns retrofitted with internet-connected devices and dubbed smart cities. She hopes her book can empower such people to dialogue with planners about what they want from future cities.

Her book questions, among other things, the smart city tendency to collect big data and worry about how to use it later. Halegoua critiques “solutionism” that sees every urban phenomenon as a problem with a technological “fix.”

And while Halegoua wrote the book before this year’s George Floyd uprising or the crackdowns in Hong Kong, she has long been concerned about the smart city’s potential as a surveillance system.

Indeed, in contrast to smart-from-the-start cities built on green fields or the retrofitted ones we have to date, Halegoua prescribes an alternative model of smart-city development that she dubs the “social city.”

“Social-city models are ones that aspire to something other than optimization and efficiency,” she said. “Their planners and residents think more critically about the types of places that they’re creating when they’re implementing digital technologies and who the city and technologies are actually serving, who the smart cities are being built for.”

Halegoua urges readers to keep in mind that the retrofitted smart city, anyway, builds upon and thus is “limited and restricted by preexisting inequities.”

But with new paradigms, it doesn’t have to be that way, she said.

“There’s nothing innate about the technology that is necessarily bad,” Halegoua said. “Technologies like cameras and data analytics and the Internet of Things are tools, right? They’re culturally embedded tools, and people design these tools within the social and economic conditions that they’re a part of, which means they’re not inherently bad or good, but they’re never politically or ideologically neutral, either.” 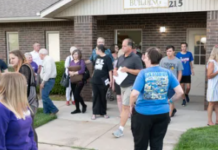 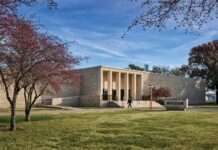