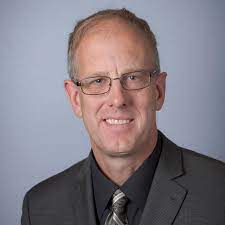 Over my 30 year career as a cancer physician I have witnessed firsthand the tremendous progress in treating cancer patients. There continues to be controversy in the screening and treatment of prostate cancer (PC) for which I am grateful to have the opportunity to share more information with you.

PC screening consists of obtaining a PSA and rectal exam, followed by a biopsy if indicated. In 2012, the United States Preventive Task Force (USPSTF) recommended against PC screening. Studies following their recommendations demonstrated a substantial decline in both PC screening and diagnosis of early stage PC, and a subsequent increase in the rates of more aggressive PC. In 2017 the USPSTF reversed their prior recommendation, listing PSA as a reasonable screening test in men ages 55- 69.

For men with early stage PC, active surveillance is recommended that includes obtaining a PSA every 6 months and a repeat prostate biopsy 1-2 years later. For patients who require treatment surgery and radiation are equivalent options. Many patients in the US and in SD only hear about these options from the urologist who performed the biopsy. There are advantages and disadvantages for both approaches.

Patients deserve to hear about both treatments before making a decision that impacts their life. One of the most effective radiation options for earlier stages of PC is prostate brachytherapy (BT) or “seed implants” for appropriate patients. This is a one hour outpatient procedure that yields some of the highest cure rates. Multiple studies have demonstrated quality of life and patient satisfaction favors BT and is the most cost-effective treatment.

A significant area of controversy is the management of aggressive PC as we are now seeing more of these patients due to the previous lack of screening. A misconception in the medical community is that these patients should all be surgically treated. While surgery is an appropriate option, many patients still require 6 weeks of radiation to eliminate cancer left behind with higher rates of incontinence and impotency. Another proven treatment option is daily external beam radiation followed by BT that produces some of the highest cure rates. The recurrence rates are lowest with this approach compared to surgery.

Unfortunately, many patients in the US do not have access to prostate BT, especially in rural areas. The only radiation option for them is 8 weeks of daily radiation which can be a dilemma with the travel required. Prostate BT was previously performed at cancer centers in SD, but is now only available in Rapid City.

Patients deserve to know their options.

Daniel G Petereit, MD, FABS, FASTRO is a Radiation Oncologist at the Monument Health Cancer Care Institute in Rapid City, SD. Dr. Petereit and colleagues discuss the above in more details in a forthcoming publication that will appear in South Dakota Medicine: Evidence Based Strategies in the Management of Localized Prostate Cancer and the Role of Brachytherapy. Follow The Prairie Doc® at www.prairiedoc.org and on Facebook featuring On Call with the Prairie Doc® a medical Q&A show based on science, built on trust for 21 seasons, streaming live on Facebook most Thursdays at 7 p.m. central. 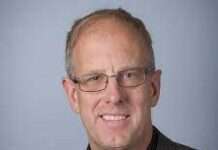 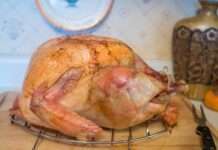