Kansas tourism is doing well but for a few hiccups due to high fuel prices, labor shortages and post COVID-19 jitters.

Gas prices in the state are below national numbers, with an average of $4.968 on Tuesday, according to AAA.

The May unemployment rate is 2.3% in Kansas, according to the Kansas Department of Labor.

Topeka, Salina and Hutchinson have noticed tourists are making plans for a visit, and the towns are getting ready for their visitors.

“I’d say we’re we’re really good so far,” said Visit Topeka president Sean Dixon. “Obviously, starting the year with a dinosaur festival helps. The overall impact on the attendance numbers to our attractions have been fantastic. We just tallied everything on the T. Rex in Great Overland Station. We did 17,000 visitors for that.

“Hotels are down slightly from our anticipated targets. We’re really measuring ourselves against 2019 in terms of pre-pandemic. So we’re still trending lower than I’d like to see, but all things considered, revenue is where we like it right now.

“As a market, we’ve been somewhat undervalued for quite some time. So we were very encouraged to see the rates increase here and kind of stay up and stay competitive with our peers in the state, which they had not been traditionally.”

“I like to think that the zoo is the gem of our tourism crown here,” he said, adding that parks and trails are worth spending time with the family without breaking the bank.

“With some of the stuff we have coming up in our calendar, we think we will fare pretty well,” Dixon said.

Events like the Country Stampede, the Sunflower State Games and the Fiesta Mexicana coming up in July are sure to attract tourists, he said. In August, the NHRA Nationals and Weird Al Yankovic have Dixon excited.

“Honestly, with the Kansas gas prices being certainly among the lower in the nation, that’s helping us,” said Visit Salina director Sylvia Rice. “We’ve just completed doing some surveying and looking at the other statistical information that’s available to us, and the hotels are doing well in occupancy, and they’re also holding their rates at a higher level than we thought might be happening.

The one downside in the Salina market would be labor.

“We are struggling with labor just like everybody else,” Rice said. “It is is definitely a challenge.”

A downtown revitalization project has been underway in Salina. Outdoor performance venues and a five-story, all-suites hotel have been added. Art is abundant.

“We’re in the midst of a major mural project across the community, primarily downtown,” Rice said. The downtown has more than 60 sculptures for viewing. 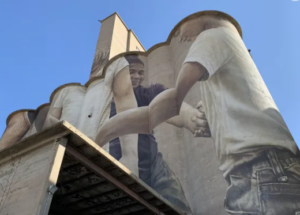 The Garage, an automobile museum in the heart of downtown, provides entertainment for adults and children, including a Legos station and pinewood derby.

The Rolling Hills Zoo is just outside Salina.

“Sort of our iconic residents are the rhinos,” Rice said. “This year, we’ve had a baby rhino born.”

The zoo is also getting ready to open a new exhibit in July for its lion population.

One of Salina’s biggest events this summer is the Kustom Kemps of America Lead Sled Spectacular July 28-30.

“Kemps are highly customized cars that have been chopped down, beautifully detailed, painted, etc.,” she said. “It’s a big movement. That weekend, we’ll attract well above 1,000 cars that are in and out of the park.”

The best way to find information about the town is by downloading its Salina 67401 app. The visitors guide shows upcoming events and information on booking a stay.

“We have been pleasantly surprised at the summer travel season so far,” said LeAnn Cox, vice president of operations and tourism for Hutchinson. “As an industry, we’ve seen data that shows it could be 2024 before we return to pre-COVID numbers, but I’m hopeful that we can get back to those levels by 2023.”

“We have always felt like our community is just the right size, not too big, but also not too small,” said Cox. “We have big-city amenities like the Cosmosphere and Strataca (underground salt museum). 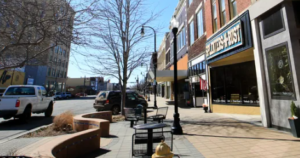 “One of our community’s monthly events that everyone enjoys is called Third Thursday in downtown Hutch. Each month has a different theme, and during the evening people will stroll up and down Main Street to visit vendors, food trucks and activities for kids.

“There’s not a bad time to visit, although one of our most busy weeks of the year is during the annual Kansas State Fair, and it’s only 12 weeks away. During that period, it is very hard to find a hotel room.”

For more information about Hutchinson, go to Visit Hutch online.