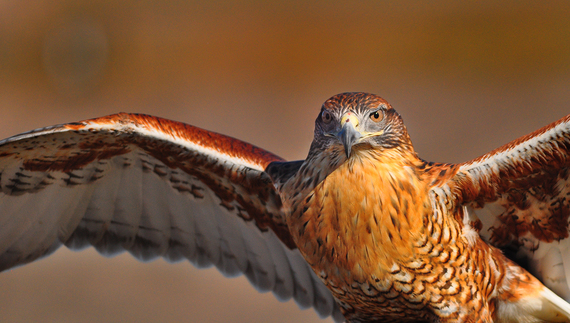 In July 2017, the Thunder Basin Grasslands Prairie Ecosystem Association (TBGPEA), along with the U.S. Fish and Wildlife Service, U.S. Forest Service, and other partners, celebrated the finalization of a conservation strategy balancing the needs of local wildlife, people, energy, and agriculture across 13.2 million acres in Wyoming.

Last week, the Office of Surface Mining Reclamation and Enforcement recognized these efforts by awarding TBGPEA and five participating coal companies with the “Good Neighbor Award.” It marks the first time five coal companies were awarded together for their collaborative efforts in a community, and the first time a conservation association has received this award recognition.

Congratulations to our conservation partners in the Thunder Basin! Watch this video to learn more.

Three native Rio Grande fish species are once again thriving in southern Colorado, thanks to teamwork between the U.S. Fish and Wildlife Service and Colorado Parks and Wildlife. The Rio Grande cutthroat trout, Rio Grande sucker, and Rio Grande chub are just the latest species to benefit from collaborative conservation projects and partnerships in Colorado.