Renae Colle, 90, passed away Tuesday, July 26, 2022, at Wesley Towers, Hutchinson. She was born February 16, 1932, in Lyons, to John and Joanna (Gaw) Bailey.
Renae graduated from Lyons High School as salutatorian. She received her teaching certificate from Emporia State Teachers College and completed her bachelor’s in education from Sterling College. Renae received a master’s degree in adult and continuing education from Kansas State University. She taught at Nickerson Elementary School, primarily 4th grade, for 29 years. She touched the lives of over 600 students. After retiring, she worked as a paraprofessional for several years until memory concerns became more pronounced.
She was an active member of Midland United Church of Christ, rural Sterling. She was involved as a community and project leader in 4-H for the Midland Lucky Clovers and Nickerson Clovers 4-H clubs. Renae was a lifelong avid reader and encouraged education. She was a member of Phi Kappa Phi Honorary Society, Delta Sigma Epsilon Sorority, and a 50-year member of the Order of Eastern Star-Queen Esther Chapter 32. While at Emporia State, she was a member of the Marching Band and was an accomplished pianist and vocalist.
Renae married Loren Anthony Colle of rural Sterling, on June 1, 1952, in Lyons. They were married for 70 years. She was proud of being a farm wife helping with the multitude of demands of the farm. Renae loved animals, including two pet raccoons, and rescued an orphan lamb, “Fleece.” As much as she loved teaching, family always came first with Renae.
She is survived by: loving husband, Loren of rural Sterling; daughter, Dr. Linda Colle Gerrond (Dr. David) Robbins of Weatherby, MO; sons, Lance (Brenda) Colle and John (Cindy) Colle, all of Hutchinson; grandchildren, Erica and Ethan Gerrond, Addie (Chris) Coss, Ben (Bridget) Colle, and Kevin and Kaitlin Colle; and great-grandchildren, Kadin Colle, Blaine Ybarra, Olivia Coss, and James, Stasia, Beckett and Mahaleigh Colle.
She was preceded in death by her parents and a brother, Roy.
Celebration of Life will be at 11a.m. Tuesday, August 2, 2022, at Midland United Church of Christ, rural Sterling, with Pastor Will Best officiating. Friends may sign her book from 9a.m. to 5 p.m. Thursday through Monday at Elliott Mortuary. The family will greet friends from 5 to 7 p.m. Monday, August 1, at Elliott Mortuary. Cremation has taken place.
In lieu of flowers, memorials are suggested to Nickerson Clovers 4-H Club or Friends of the Nickerson Library, in care of Elliott Mortuary and Crematory, 1219 N. Main, Hutchinson, KS 67501 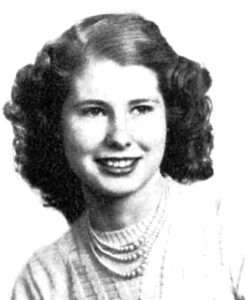 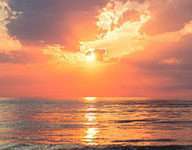