On June 20, 1872 the Great Seal of the United States was adopted, sporting the bald eagle at its center, and for the past 232 years the bald eagle has served as the living symbol of freedom, courage, strength, spirit, independence and excellence, all the things America stands for. Last Saturday, June 20, 2015 was proclaimed nationwide as American Eagle Day as a way to celebrate the bald eagle, Americas living symbol of freedom and to bring attention to its dramatic recovery from the brink of extinction. In honor of that, here are some bald eagle facts and trivia.

In the early 1960’s the bald eagle population in the lower 48 states had dropped to less than 500 nesting pairs; today, thanks to conservation efforts there are nearly 15,000 bald eagle pairs in those same 48 states. I found estimates putting the number of active bald eagle nests in Kansas alone at anywhere from 55 to 90, and more than 3,000 bald eagles spend time in Kansas each winter. The best time to view bald eagles here in Kansas is from November through February, and the best viewing is near any of our large lakes and reservoirs and anywhere along the rivers.

Bald eagles often build nests 50 feet or more off the ground. Nests are not particularly pretty, resembling a haphazard pile of sticks. The same pair uses the same nest year after year, making them larger each time, and after several years a bald eagle nest can easily be the size of a small room. The largest eagle nest ever recorded was in Florida and measured 9 ½ feet across, was 20 feet high from top-to-bottom and weighed an estimated 4500 pounds. A female bald eagle lays from 1 to 3 pure white eggs once per year in the spring. When I still lived in Ohio there were numerous active eagle nests along Lake Erie, and a game warden friend of mine was in charge of overseeing those nests. He had hours of amazing video of them checking the nests and the chicks in them each spring. They did it by helicopter using 3 people; the pilot, a second person who was lowered from the helicopter down into each nest and a third person as a lookout, constantly watching the sky for the adult eagles to prevent them from flying into the helicopter blades, killing the eagle and crashing the helicopter in the process.

The majority of the bald eagles diet is fish and waterfowl, so when things freeze solid in the winter up north, the eagles migrate south to find open water where they can still fish. Even when our Kansas reservoirs freeze over, the rivers feeding each reservoir still offer open water. I know ice fishermen often leave a few carp or other rough fish on the ice for the eagles. The huge influx of waterfowl through Kansas each winter is also a big draw to eagles. From their vantage point 1,000 or more feet above the ground an eagle’s miraculous eyes can spot prey over a 3 square mile area.

I just happened upon this proclamation of American Eagle Day as I surfed through the Kansas Department of Wildlife, Parks and Tourism website. I’m very disappointed it was not publicized far and wide prior to last Saturday. Our media gives plenty of press to everything wrong in America; why not spend a little press on something like American Eagle Day that might just give us all something good to think about, if even for a day. 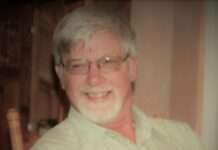