I don’t know how I got to the point where I’m inclined to disbelieve anything an academic claims. I’m not anti-intellectual. I read stuff. I even hold a PhD, and a Master of Fine Arts on top of that. I can show you mathematically why a single-member plurality voting system tends to yield two major parties, and for the chaser I can hit you with an explication of the roots of literary modernism.

I’m not saying my extra education makes me fun at parties.

I’m just saying that I know first-hand that really smart people labor in universities to teach less smart people like me stuff we’re not able to sort out for ourselves.

But then this happens: I’m in the checkout line of a hardware store, and the guy behind me, an earnest Cliff Clavin-type individual, challenges my purchase of Rid-X. “Researchers at N.C. State did a study,” he says, “that shows this stuff is terrible to put in your septic.”1

I nod, I smile, I pretend I am getting a phone call.

“You really should check it out before you put any more of that junk in your system.”

I nod, I smile, I say Hello to the pretend person calling my non-ringing phone.

I don’t want to hurt Cliff Clavin’s feelings, but the fact is I don’t have any confidence in those N.C. State findings. It’s nothing against them in particular, I just know enough about statistics, research design, and academic incentives to make me doubt a lot of what we’re expected to reverence as “research findings.”

But even without statistical training, I could just read the editor of one of the most respected medical journals in the world, announcing that half of all recent scientific findings are false. Or the editor of another, announcing that “It is simply no longer possible to believe much of the clinical research that is published, or to rely on the judgment of trusted physicians or authoritative medical guidelines.” Or reports that half of recently published psychological studies can’t be replicated.

Add to all this the fact that our intelligentsia still breathlessly embraces every new research finding that pleases their groupthink, and you can see where a curmudgeon like me begins to overreact. To not simply view the N.C. State study with skepticism, but rather to not view it at all.

And this is problematic, because if you can’t trust the scholars, whom can you trust? In the case of my septic tank, I trust a priest and a plumber.

The priest is an Anglican, now deceased, named Robert Farrar Capon, who wrote a beautiful book you might have read called The Supper of the Lamb. I’ll say more about it in my next quarterly arts update (yeah, it’s a thing now), but my point here is that he recommends baker’s yeast down the drain from time to time. I was intrigued by this, so I asked a plumber, and he heartily agreed.

I’m all for trusting priests and plumbers more. (On the latter, you might like this essay I wrote a few years back about futurists who’ve started what they intend to be a civilization-preserving library, and which they’ve packed with books on utopia and robot sex but nary a pamphlet on plumbing or carpentry.) But something’s wrong with this instinctive distrust of academics, and I don’t think the problem is just mine. It’s no secret to anyone (except maybe the people running them) that many universities have squandered an immense amount of social capital since the heady, hopeful days following the G.I. Bill’s advent.

Costs through the roof.

Kids loaded with debt and no more cultured nor resilient for the expense.

Professors entrusted to impart civic understanding and appreciation for the humanities, instead weaponizing these fields in service to their ideology.

But it was intellectuals who founded this country. A professor eradicated polio. A professor gave us the first refrigerator. A civilization can’t persist without its scholars.

I want to believe it’s not the scholars who are crumbling, but rather the institutions they’ve traditionally populated. There are terribly smart, creative people all around us. Some start businesses. Some go into the military. Some make Youtube videos and write books and build their own followings. The smart, independent-minded people aren’t disappearing, they’re just fleeing the shackles.

What people like you and me lose in this is the quality control. The certification. We can’t trust a university imprimatur any more, but neither can we trust someone just because he has a million Twitter followers. So, lacking faith in the traditional sources of certification—universities, government, big business, news media—we fall back on friends and kin. This can be a reliable storehouse, but on average it probably only reinforces the tribalism plaguing this nation.

It’ll sort itself out. New sources of certification will arise. In the interim, I’m sticking with the plumbers and the priests. I may not stay up on the latest wisdom about implicit bias and the evils of carbohydrates, but at least I’ll get a handle on the muck coming out of my house, and coming out of me. And to be honest, that’s more than enough to keep me busy. 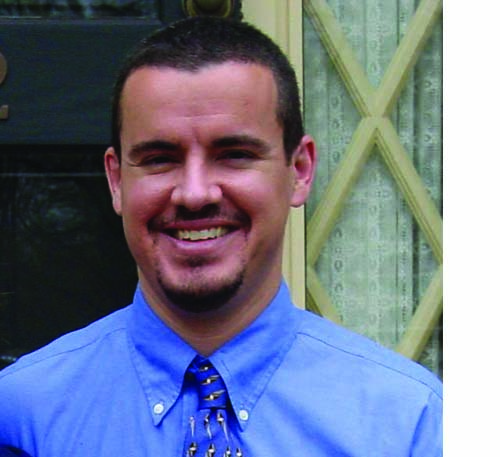