MANHATTAN, Kan. – From time to time over the past few months it seemed like fall was trying to crowd out summer, and now it’s a little more serious. The latest cold snap may have been enough to impact grain filling and test weight for Kansas’ summer row crops, especially sorghum and soybeans, according to a Kansas State University agronomist.

“Based on preliminary temperatures, the lowest temperatures recorded around the state of Kansas may have a potential impact on the grain filling and final test weight for summer row crops, especially sorghum and soybean, since corn is close to 50 percent mature,” said Ignacio Ciampitti, crop specialist with K-State Research and Extension.

“Any freeze damage at this point of the season will hardly produce any visible symptoms but can impact the final test weight and potentially seed quality (depending on the growth stage),” Ciampitti said.

Researchers in Wisconsin found that a light frost (affecting leaves) will produce a 5 percent yield reduction, while a killing frost (affecting leaf and stalk) will reduce yields by 12 percent, even when the corn is at the dent stage. The only point in which corn is not affected at all by freeze is at the black layer stage, Ciampitti said.

Necrosis of the leaf canopy is a visible symptom of freeze damage in soybeans, he added. Absolute temperature is more important than the duration of the cold stress – especially if temperatures drop lower than 28 degrees F. The timing of the freeze effect will increase the likelihood of affecting yields. As the crop approaches maturity, the impact of a freeze event on soybean yields declines.

“A freeze will kill sorghum if the stalks are frozen and impair the flow of assimilates and nutrients to the grain,” Ciampitti said. “A freeze at the hard-dough stage (before grain matures) will produce lower weight and chaffy seeds.” 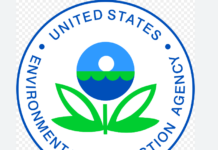