The first year I trapped beavers in Kansas was a terribly dry year, yet I found a rogue stretch of river just north of where I live that still held water; lots of water! There were holes in this stretch too deep for me to wade into with chest waders, yet from there the river turned east, and was bone dry as far as the eye could see. In this deep portion was a colony of beavers and that morning I had just caught the first one.

I don’t know what I was thinking when I set that trap. It was a challenge just to get to, let along tote anything out that I might catch. So picture this; my wife (who is at least a head shorter) and I standing in the middle of the dry river bed, she about 6 feet in front of me, with an 8 foot tree limb between us on our shoulders. Trussed up with a rope and dangling precariously from that limb hung a 50 pound beaver. This was my wife’s idea and at first I had scoffed. But aside from the fact that we must have looked like 2 natives hauling a dead monkey from the jungle for dinner, it worked pretty well.

Telling you we were 300 yards from our pickup doesn’t begin to give you the whole picture. For starters, the first 50 yards included a short trek along the dry river bed then straight up a deer trail to the bank 10 feet above. After a much needed break we followed that same deer trail through an obstacle course of briars and downed tree limbs for another 50 yards to the edge of an alfalfa field, took another breather and then untrussed the beaver and literally drug it and ourselves the final 200 yards through the alfalfa to the truck.

River beaver usually dig large den holes into the bank with the entrance below the water line. Wading along the river can often locate the dens, but this wasn’t an option here since the water was so deep. The only way to catch these beavers was to place traps to take advantage of the creature’s movements and social behaviors. Beavers are very territorial and mark there boundaries by building mounds of mud and debris on the bank called castor mounds. They scent these mounds with secretion from glands at the base of their tail called “castor glands.” Other beavers that travel through the area stop and place their scent on these mounds too, so the resident adults are always checking these to see if any intruders are present. I found one of those mounds that didn’t appear to be used anymore, and “spiced” it up with some lure to make the residents believe they needed to check it again, and one of them soon found himself dangling from the tree limb between us.

Trapping, like hunting and fishing, is a harvest. With this stretch of river being one of very few holding water enough for beavers that year their population could easily have grown out of control. The landowner had already complained to me about them dropping trees across his electric fence. I caught 3 beavers from that short stretch of river; certainly not enough to hurt there population much, or for my wife’s fur coat, but maybe enough to keep them out of trouble with their landlord! 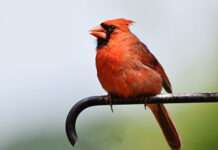 Wildlife Math; Count the Tracks and Divide by Four