MANHATTAN, Kan. – Almost overnight, we went from the drab, brown tones of winter to lush, green vegetation across much of the Plains. And the plants aren’t the only living things that are thriving.

“In my experience this is the earliest we’ve had tick issues,” said Kansas State University entomology professor, Raymond Cloyd, who said he fielded more calls and emails about ticks earlier than usual this spring.

While it’s hard to know for sure if there are more ticks than normal, Cloyd, a veteran specialist with K-State Research and Extension, said the cool, rainy weather in parts of Kansas and other states, followed by a quick profusion of plant growth may have boosted the tick population.

Ticks tend to flourish when vegetation flourishes, especially in weeds and unmanaged areas. To minimize the number of ticks on your property, he said it’s best to keep lawns mowed and generally reduce unmanaged areas where weeds can flourish.

“I am not a proponent of blanket (insecticide) sprays in the yard,” Cloyd said.

Other steps he recommends:

If you find a tick that’s already embedded, gently pull it out with tweezers, including the head. A tick head broken off and left in the skin can potentially lead to an infection.

The most common ticks found in Kansas include the American dog tick, Lone star tick, the Brown dog tick and the black-legged tick.

Because some ticks carry pathogens such as Rocky Mountain Spotted Fever or Lyme disease, it’s a good idea to have them identified if they were embedded in the skin. The resources to do that, however, will soon shrink in Kansas.

Due to budget cuts, the Insect Diagnostic Lab at K-State will close on June 16 and the “Gotbugs” email address will not be monitored. Kansans can continue to submit samples to their county or district K-State Research and Extension agriculture agent, but the staff available to help with insect identification will be reduced, so turnaround times will take longer, Cloyd said. 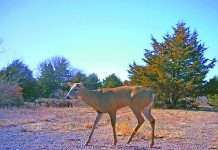 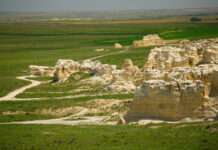 9 OF THE BEST HIKES IN KANSAS 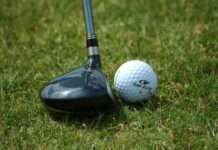